Memories of passengers and the silence of the airline: “Zhulyany” in the strip so far is the plane that couldn’t land Thursday 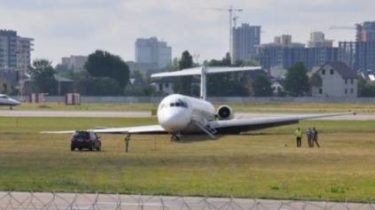 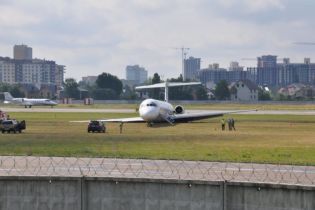 Memories of passengers and the silence of the airline: “Zhulyany” in the strip so far is the plane that couldn’t land Thursday

People are preparing for litigation, because I suspect that the old machine took to the skies, despite the technical problems.

Passengers side from Antalya to Kiev, which made a hard landing at the Kiev airport during a thunderstorm on Thursday, complain to the airline and airport staff. But the administration “Jules” considers the work of evacuation of people satisfactory and explains claims shock people, says the story TSN.19:30.

“We went into the clouds. I even said to my wife: or we’re doing an emergency landing, or they send us to another airfield. When landing began to shake, he started to lose gear. After about two minutes the firefighters arrived,” said one eyewitness. Passengers assuming the plane began to smoke still in the air, and the pilot was forced to quickly sit down. People say that Antalya flight was delayed by almost four hours – and perhaps because checked the technical condition of the aircraft. “An unknown man walked us across the Board, then it’s off the Board” – say witnesses.

Videomassage flight that made an emergency landing at the airport “Kiev”, told about his experiences

The plane of the Ukrainian company Bravo Airways could not cope with the storm and rain, and at landing was rolled out for the runway. Passengers flying from Antalya in a state of shock. Complain of indifference on the part of the airline and the airport workers. From the airfield they were taken later, even if not fed. The airline and at this moment has not commented on the incident. 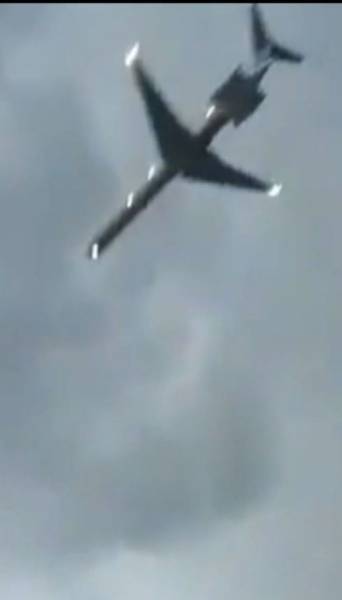 Christina Pavlyshyn expecting a baby on the plane were his eldest son and husband. Recovering from the experience so far. “Children were crying, those who are older – those shaking. My son is scared,” she said. Left the aircraft, but said the uncertain security services of the airport, from the ambulance that took the time, to those who took out the passengers from take-off field. After a solid planting them even detained at the exit, the people said. “The bus was provided 15 minutes later. The rain comes, all are children,” complained one. “Water not given towels for the children to warm up. I’m not talking elementary for the psychologist. Two hours later, we were escorted through passport control to the Luggage compartment. We were marinated for three hours”, – told others.

The passenger removed the hard landing of an aircraft at the airport “Kiev”. Videos TSN

At the airport the dissatisfaction of the passengers explain their shock. In the administration believe that satisfactory, although there were technical difficulties. “People were waiting for the Luggage for a really long time, because the plane was on soft ground and equipment could not drive. Was offered water, tea and coffee making facilities, healthcare workers were nearby,” – said Galina Bogdanenko. But the representatives of the airlines Airways Bravo didn’t even show the eye of the camera crews.

Airport management denies that the ship was burning, and experts to find out why the Board was rolled out for the runway. “Taken the black boxes. The reasons may be a sharp change in weather conditions, sudden gusts of wind. Also, the error of the crew or technical condition. The plane’s landing gear hit the ground and the chassis damaged,” – said Bogdanenko. After a disaster, the airport “Kiev” stopped work for three hours, and now works in the usual way. McDonnell Douglas and the 1991 release still scares passengers other flight of its kind in the grass.