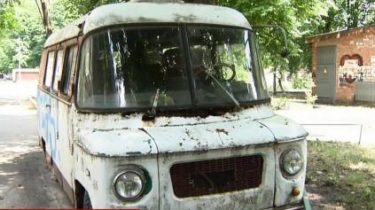 Every year since state registration is removed 13.5 thousand old cars.

According to rough estimates, the Ukrainian capital is about 5 thousand of old cars cluttering up driveways and yard areas. Abandoned cars attract kids and as it turns out, can carry for them the big danger, says the story TSN.19:30.

He and his friends are trying to open a rusty van and recognized that it already was possible before. In the courtyard of the clunkers stood for ten years and have become an object of interest of the local children. Mother Natalia is always on guard and a seventeen-month-old Sophia to the car not let. “Old cars and children is dangerous. The boys and climb on the roof”, she said. The owners avtohlama usually live nearby and avoid questions about the future of their iron horses.

To videovelocity sorry, repair is expensive: in the capital, counted thousands of abandoned cars

Thousands of abandoned cars rusting in yards and Parking lots of Ukrainian cities. Only in the capital estimated about 5 thousand of old cars cluttering up driveways and yard areas. Clunkers not only prevents the passage, and is a potential danger, particularly curious children. But the owners of scrap metal on wheels to be disposed of “treasure” not in a hurry. 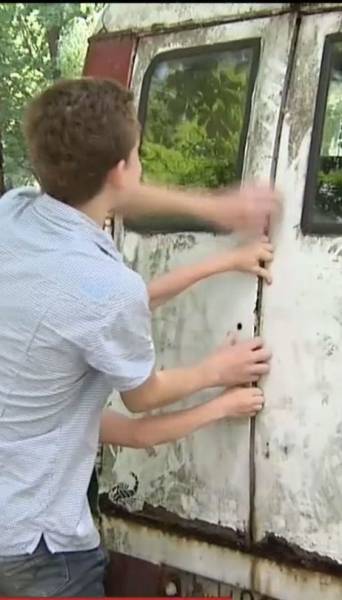 Alexei Sokolov came to boast of its rarity – the massive American, who is laid up in five years. “Chevy classic 1987” – says the owner. He adds that out of the car every time you try to steal something lovers left unattended. Neither sell nor scrap metal yard, the owner of the car is not going to throw a pity, repair expensive. “We need to invest money in the car, at least 200-300 dollars. The car is gorgeous, I will restore,” he promises.

The explosion of a car in Kiev. Doctors have described the condition of four injured children

At 500 meters the street of Marshal Grechko on Nivki reporters found four abandoned cars. The head portion laments that such machines often cost on heating mains, pipes, and hinder the work of public utilities. Hands to the abandoned cars at Alexander Ketovskogo yet reached, but the official promises to write prescriptions to the owners to put the technique on most of the rights men do not have. “We are unable to remove them. We have no right, this is private property,” he explained.

To dispose of old cars in Ukraine was supposed to start 5 years ago, and lead the process entrusted to the Ministry of environment. However, to put the process on a conveyor and are unable. “There is a mechanism for the recognition of such vehicles unattended. It can first be evacuated on shtrafploschadku, if no appeal, then this car is considered abandoned and can be implemented for scrap,” – said the President of the automobile Association Oleg Nazarenko.

As previously reported, Kyiv mayor Vitali Klitschko urgently instructed to explore the city and reveal an old abandoned car. The deadline is set to July 2, stopnica of the Chairman of KSCA Peter Panteleev appointed at the level of the city administration.