Police released all those detained during the “Equality March” 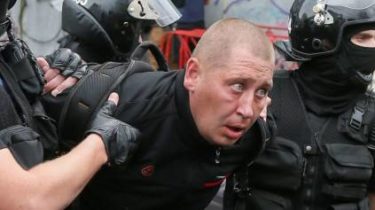 Police released all those detained during the “Equality March”

The opponents of the “Kievprayd” in the morning blockaded the route of the marchers.

All the detainees were opponents of the “Equality March” was released.

This was announced by the representative of the organization “C14” Sergey Mazur in Facebook.

“All 60 detainees released,” he wrote. Earlier the police declared information about 57 detainees.

17 June, a group of 150 opponents of the “Equality March” blocked the road route participants. Police pushed them to avoid provocations. Nationalists and representatives of religious communities , there were two clashes with the police. In eRDR were made on the two articles of the Criminal code: article 342 (Resistance to the employee of law enforcement body) and article 345 (Threat or violence concerning the employee of law enforcement body).

After the clashes, the nationalists had blocked several streets in Kiev near the office of the police demanding the release of detainees.