The fighters beat on Ukrainian positions mainly in the dark. The situation in the Donbass 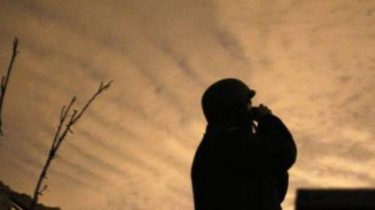 The fighters beat on Ukrainian positions mainly in the dark. The situation in the Donbass

For Sunday, June 17, in the Donbas , the militants 20 times opened fire on Ukrainian positions mainly small arms. In six cases, with mortars.

“The intensification of Russian occupation troops in the evening and at night. Division of the United forces was a hindrance of the provocative actions of the enemy and gave him an adequate answer. Proper engineering equipment of our positions and adequate response to the combined forces prevented the death of personnel and did not allow strengthening of the enemy. According to intelligence reports, over the past day the enemy suffered losses: 5 occupants were injured”, – stated in the message.

On Lugansk the direction around 19:00 gunmen opened fire from mortars at Ukrainian positions in the Crimean and Novotoshkivske. One Ukrainian soldier near the Crimean during the shelling injured.

Also Minsk agreements prohibited weapons the fighters used in the direction of Donetsk, in areas of Sand and Starognatovki that under the Volnovaha.

On the Mariupol direction over the last day fighting continued with the use of small arms in areas of settlements Pishevik, Hnutove, Water, Shirokino.

Meanwhile, the Marines noticed the activity of Russian military aircraft in the sky over the sea of Azov.