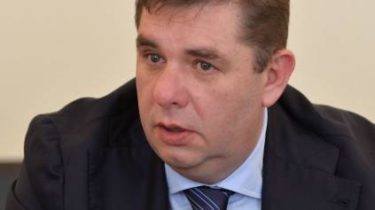 The MP claims that for a long time, the Government virtually ignored the issue of establishing a Ministry.

MP of Ukraine, Chairman of the Committee on veterans ‘ Affairs, combatants, participants of the ATO and of people with disabilities Alexander Tretyakov urged the Prime Minister Volodymyr Groysman to comply with the provisions of the Constitution and submit to the Verkhovna Rada the candidacy of the Minister of veterans Affairs. About this he wrote on his page in Facebook.

As recalled Tretyakov, 27 February 2018, the Parliament adopted Ordinance No. 2294-VIII, which appealed to the government to create the Ministry of Ukraine on Affairs of veterans and within a month to inform the Parliament on its implementation.

However, according to the MP, for a long time, the Cabinet virtually ignored the issue of creating such a Ministry, despite broad support for this step, the public, veterans, the decision of the parliamentary hearings in 2017 and international experience.

“From 27 February it has been almost 4 months, but on the implementation of resolutions of the Parliament, as well as about specific steps taken by the government to create a Ministry to me as Chairman of the Verkhovna Rada Committee on veterans’ Affairs, knew nothing,” he said.

As stressed by Tretyakov, the nomination of the Minister to the Verkhovna Rada according to article 114 of the Constitution is a function of the Prime Minister.

“But today this was not done either. I find it hard to understand the delay, even the inaction of the government, and specifically its head in this matter. We are talking about creating efficient and effective tool of social protection and integration into peaceful life of people who have defended and continue to defend Ukraine”, – concluded the Tretyakov.