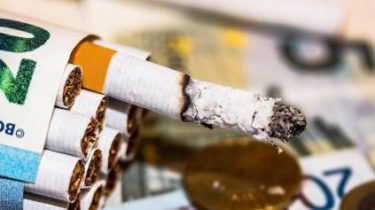 Cause is established by the company the price of the product.

The Supreme Court finally decided to fine the “Tedis Ukraine” for abuse of monopoly position on 431 million.

In particular, the company has set such prices that would have been impossible to establish the existence of substantial competition on the market. As noted, the penalty will be paid into the state budget.

Previously, “TEDS” lost the appeal on the case of Antimonopoly Committee.

We will remind, in March of 2017, law enforcement authorities reported about the exposure scheme of the company “Tedis Ukraine” (earlier “Megapolis Ukraine”), which is the cigarette monopoly of Russia Igor Kesaev for 5 years evaded taxes and illegally funneled billions of hryvnia abroad, including to Finance terrorism in Donbas.

May 5, 2017, the Pechersky district court of Kiev has cancelled the arrest of accounts of a monopolist in the market of distribution of cigarettes “Tedis Ukraine” (earlier – “Megapolis-Ukraine”), “PrivatBank” and “Raiffeisen Bank Aval”.