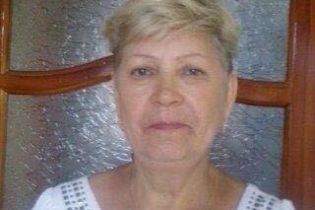 It is reported by the public organization “Crimean solidarity”.

According to Primeval, she wrote a letter to the Department of the FSB of Russia in the Crimea with the requirement to exchange her son. The office said he would provide an answer within a month.

In the Crimea the new raids: the invaders detained a father with his daughter

“I want to save my son, I want it also included in the lists on the exchange. Can’t wait,” said the woman.

68-year-old Raim Primova is an invalid of the 2nd group. She had only one kidney, also she was diagnosed with liver disease.

Her son Nuri occupants was arrested in January 2015, accusing the organization of activities of “Hizb ut-Tahrir”, which Russia considers a terrorist organization. In September 2016 Nuri Primova in the annexed Crimea was sentenced to 5 years in prison.

Only in the case of the so-called “terrorists from the Islamic organization “Hizb Ut-Tahrir” the occupation authorities of Crimea now keeps in captivity, 19 of the Crimeans. A florist, a chef, a doctor, a human rights activist, a fireman, several of the builders: the only thing that unites these people is faith. The case against the Crimean Tatars helped organize the traitors of the Crimean Department of the security Service of Ukraine.