The Secretary General of the Council of Europe has said it is ready to ask Putin to pardon. 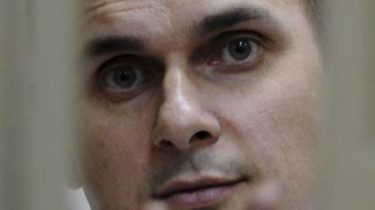 The Secretary General of the Council of Europe has said it is ready to ask Putin to pardon.

The Director must release, said the official.

The Secretary General of the Council of Europe thorbjørn Jagland stated that Ukrainian film Director and a political prisoner Oleg Sentsov should be pardoned on humanitarian grounds. He said this after a meeting with Russian Ombudsman Tatiana Moskalkova.

“I believe that Sentsov should be released for humanitarian reasons. He can be pardoned. If you need a petition for his pardon, I’m happy he will file on the basis of the European Convention on human rights”, — quotes “Interfax-Ukraine” a quote Jagland.

Informed with a letter regarding the Ukrainian political prisoners in Russia to the Secretary General of the Council of Europe has addressed the Ukrainian side.

May 31, Ksenia Sobchak said that he had a conversation video with Sentsov. He looked thin and pale, he dropped two teeth because of the hunger strike. Doctors who follow the state of health of the political prisoner, warned that after 30 days of fasting it will begin to fill in the nose the nutrient solution.

The Ombudsman Lyudmila Denisova for five days trying to meet Sensulin, but she refused to even video.