Four countries announced a boycott of the European meeting on migrants Four countries announced a boycott of the European meeting on migrants

It is to be held in Brussels.

The Visegrad group, which includes Hungary, Poland, Slovakia and the Czech Republic announced a boycott of the meeting of European countries in Brussels.

It is reported by AFP News Agency on Twitter.

The Visegrad States has traditionally been a tough position towards migrants and rejects any proposal for the compulsory resettlement of refugees among member countries of the EU.

20 Jun meeting urgently called by the President of the European Commission Jean-Claude Juncker. According to him, the meeting is informal and relates to issues of migration and asylum to refugees. About this he wrote on Twitter. The meeting will be held before the official summit of the EU countries.

We will remind, the head of the Ministry of internal Affairs of Germany and leader of the CSU, Horst Seehofer expects from the Chancellor of the country Angela Merkel’s solution to the issue of migrants in the EU summit on June 28-29, otherwise it plans from July to block for them the German border. The Merkel does not want to take such drastic steps without coordinating them with other European Union partners, for what’s inside of her government was split, which could lead to the collapse of the coalition.

In jail – for helping the illegals. Hungary adopted a discriminatory law on migrants. It provides for punishment, particularly for non-profit organizations that support asylum seekers. To punish taxes and penalties, up to a year in prison. Hungarian lawmakers have even added to the Constitution a provision forbidding migrants to settle in the country. 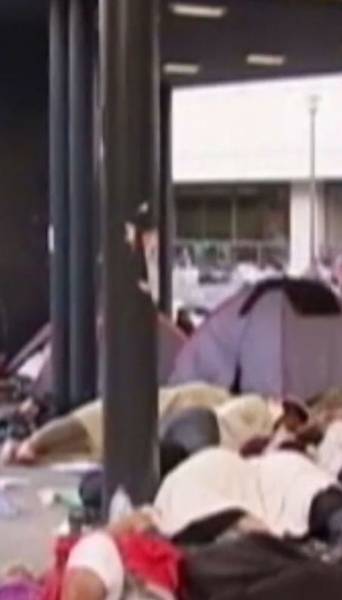