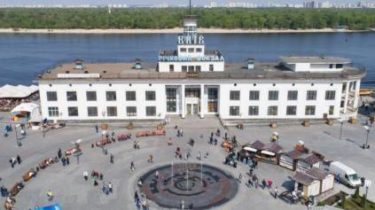 This type of decision has angered activists.

The Museum on Post to be – the second reading of the Kyiv city Council adopted a draft decision regarding the Museum at the Postal square. However, with significant changes.

It is reported by the journalist of TSN.

City Council decision activists are outraged and met with shouts of “ganba”.

“The architectural competition will be held not to create a full-fledged Museum (space), and the “museumification of the objects” within a certain social space. In other words, will exhibit in the SEC. We have this already in the “Globe” – a hidden piece of Lyadsky gate. Hell and stydobische”, – told the researcher of history of Kiev Annabella Morin.

Before the start of the session under the KSCA added detachments of the national guard and police. Cordons of law enforcement officers stood in front of the entrance to the session hall. People did not want to let into the corridors and having a brawl.

Recall, a few years ago during construction of the underground shopping center at the Postal square in Kiev, archaeologists excavated the XI-XII centuries. Among the findings: the stamps of the princely era, arrowheads, jewelry, stirrups, pottery.

Videocapsule adopted the draft decision on the establishment of the Museum of history of Kiev, Poshtova square

The city Council in the first reading adopted the draft decision according to which at the Postal square, is a shopping center and create a Museum of history of Kiev. For the document by the Chairman of the faction “Association” Self-help “Sergey gusovsky voted 97 deputies. The Mall was built on the archaeological site of Kievan Rus. Activists who have fought for years for the preservation of monuments at the Postal square, was present in the courtroom and the decision of deputies was met with loud applause. 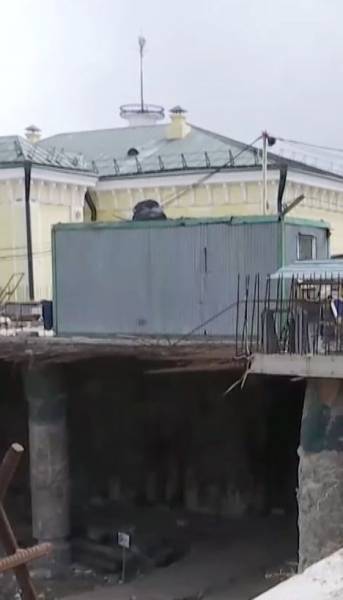 The work of scientists at this place lasted from spring 2015. But in the early 2017о process was stopped due to the reluctance of investors to continue to Fund research. The developer of underground space of the square stands firm, which is associated with Andrew Tailor, known as the “caretaker of Yanukovych” (a tender for the construction of the shopping center won created two months before the contest of OOO “Hansford-Ukraine”).

19 April 2018, the city Council adopted a draft decision which envisages the termination of the investment agreement with the developer, the return of the parcel at the Postal square community of Kyiv and the further establishment of the Museum.

On 7 June, the Kyiv city Rada failed the decision on the termination of the investment contract with the developer of the shopping center at the Postal square in Kiev.