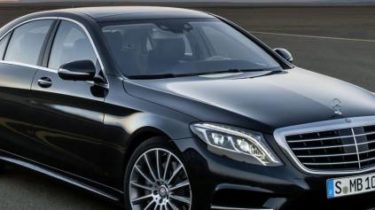 Officials claim that the purchase will be cheaper, but observers still call the price inflated.

The fleet President’s plan to make two new armored Mercedes, the expected value of each of which is approximately 800 thousand dollars. In addition, the carpool of the state Administration Affairs intends to purchase two Executive class cars of the same brand, according to a story TSN.19:30.

In the ad in the “Prozora” it is noted that all four cars must be current model year, and armored – with the highest level of protection from bullets and grenades, as well as all possible comfort. Another car must be equipped with a night vision system. Spend all ready more than $ 2 million. The price is staggering, but in the presidential carpool argue that the cost of cars will be lower as a result of the auction. Also, it noted that cars are not buying for Poroshenko – they will carry the high foreign guests.

The fleet of the President plan to make a new armored “Mercedes”. The expected cost of each in the tender of approximately $ 800,000 for the car. In addition, the carpool of the state Administration Affairs of the presidential Administration intends to purchase two “Mercedes” a representation class. Only four new vehicles for the presidential fleet plan to spend more than two million dollars. Luxury or necessity? To go and what other European leaders – recognize TSN 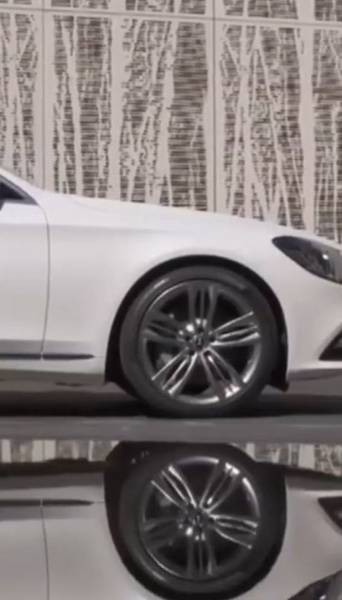 In the anti-corruption organization Transparency International price 800 thousand dollars for one car is considered excessive, although it is not final. And I suspect that the terms of the contract drawn up like it was customized for a specific vendor. “In our view, the expected cost is high and, obviously, during the bidding or auction, the price will be reduced and the customer will report about the economy. I think darling knows what she wants, what kind of car she will buy and, potentially, the machine they offer and sell,” – said the Director of the program of innovative projects of the organization Victor Nastula.

“Mercedes” is not mine: Ukrainian deputies drive luxury cars, which denies to reporters

On the Ukrainian market Mercedes of that model, configuration and level of protection can be found for 630 thousand to $ 800, as stated in the tender. “Knowing the prices in Germany, you can say that about 600 thousand euros,” – said the head of the company’s tuning company for cars Alex Dashkovsky. Although, as you say dealers and market experts, the price may increase due to additional equipment, for example, the same system night vision.

Against the background of these luxury cars to the presidential guest Poroshenko himself will have a much more modest appearance. He drives two armored Mercedes S-class, but not new – they left him a legacy of Yanukovych. Expensive armored cars – a fairly common means of transportation for post-Soviet countries. For example, Alexander Lukashenko, despite his image of a modest economic planner, also loves Mercedes luxury and often he gets behind the wheel, and also has a rental fleet and even a Maybach. German Chancellor Angela Merkel drives an armoured Audi modifications “the Chancellor” about 250 thousand euros. Supports the domestic auto industry and the French President Emmanuel macron, however, his unarmored Citroën – not so expensive crossover, it costs about 35 thousand euros. The most modest of all the European leaders – Dutch Prime Minister mark Rutte. Not only is he simultaneously works as a school teacher and grabs a MOP to wipe up spilled coffee in the Dutch Parliament, but also moves on the bike for 40 euros. What did you say often shocks foreign visitors, which still serves a traditional procession.