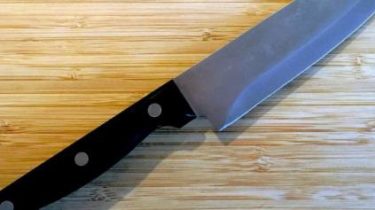 The accused with the decision of the court disagreed.

The court of appeal of Kyiv upheld the verdict of life in prison serial killer who took the life of three women.

About this on his page in Facebook said the press Secretary of the Prosecutor General Andrei Lysenko.

In Ukraine, the first is condemned for life was released after pardon

“The Board of judges of Appellate court of Kiev, having considered the arguments of the Prosecutor and irrefutable evidence of the guilt of the accused, the appeal of the defender dismissed, and the sentence of the Darnitsky district court of Kyiv unchanged”, he said.

The city Prosecutor’s office defended on appeal a capital punishment for a serial killer of women. For the hard and…

According to him, the man in may 2016 after the consumption of alcoholic beverages committed the murder of an unknown woman in the village of Bortnychi, near Kyiv. The dead he buried. Subsequently during June – August 2016 the accused in similar circumstances took the life of two women on the territory of Darnytsa district of the capital. With a purpose to conceal traces of the crime the body of a woman murderer burned, and the body of the second – camouflaged branches.

In Kharkov, a racist and a homophobe sentenced to life imprisonment

Failed to apprehend him only after the attack on the fourth victim who miraculously survived after stab wounds. The bodies of the dead women, the investigation has still not managed to identify.

Darnitskiy district court of Kiev sentenced a man to life imprisonment, but the accused filed an appeal.

We will remind, on February 22 , the court sentenced to life imprisonment for 37-year-old from Kievwho killed a US citizen, and her mother has inflicted serious bodily injury.

Videoville in Ukraine for life a convicted man was released