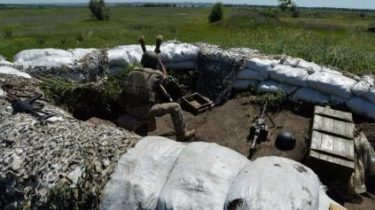 “The situation in the area of operations of the combined forces remains under control. Within the current day, from 7 am to 18 PM, the enemy continued armed provocations against the Ukrainian troops in certain areas. The remained silent mode today on the Lugansk and Donetsk direction. On the Mariupol direction the enemy showed little activity. From small arms and grenade launchers fired on our positions near the Heater and Lebedinka. Also the occupants from firing positions near Novoazovsk has released two rounds of 122 mm artillery guns in the direction Gotovogo”, – stated in the summary of the press center of the joint forces.

During the fighting on the front lines of today’s losses among the Ukrainian military no.

Meanwhile, in the Donbas killed “pride Golden part of the terrorist “Motorola”.