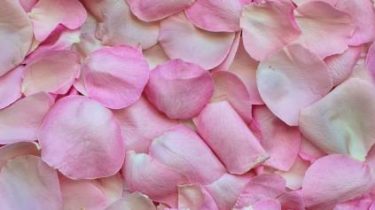 The attacker has been caught, he wanted to do his first crime special and romantic.

In Kyiv region 23-the summer guy of the night climbed into the bedroom of a woman, showered her with rose petals, was awakened and warned that he will rape her. Call for help, the woman could not, therefore, started negotiations with the attacker, according to a story TSN.19:30.

“Wake up to the fact that men’s hand me sprinkle me with roses. I say: where am I? Bury me? It was like some kind of terrible ritual,” – says Olga Griga. An unidentified man climbed through an open balcony at about midnight, rose picked in the neighboring yard. First showered sleepy woman petals, then carefully began to lay out the buds, and when finished, we lay side by side. “Bouts of aggression, which alternated with calm, stories, how beautiful I am. Started to remove the jacket, have to mastitis on me, I said no, so it will not work! Say: what do you need? You need the money? I give you money and go away,” the victim told.

Video surveillance of the crime with a bouquet of roses. Capital militiamen have detained “romantic” robber

In Kyiv region 23-the summer guy of the night climbed into the bedroom of a woman, showered with rose petals, woke up and warned about the abuse of it. Call for help, the woman could not, therefore, started negotiations with the attacker. Olga opened the safe with money and jewels. “Began to bargain with him, saying: you took the money, give me my jewelry. He takes and gives me frays on the shirt, so no fingerprints,” says the woman. The thief left through the balcony at 5:00 in the morning, he was recorded by surveillance cameras on nearby buildings. Olga called the security service and the police. The cops quickly found out that the young man is a regular at the nearby hostel. There first did not believe. “Yes, quiet man. I was just in shock,” admits the Manager.

The police is a crime, too, was surprised by their uniqueness. “Not very hostile to this intruder who had entered. He threatened her, but no injuries. They quietly talked and went,” – said the speaker of the police of Kiev region Vitaliy Gorokhovskiy. Unformatted detained the malefactor in Koncha-Zaspa. He admitted that the crime was spontaneous, but needs to be beautiful – hence the idea with the roses. Stolen 4 thousand dollars a man spent for game machines and bought clothes. Suspect is 23 years old, he grew up in an orphanage and this is his first crime. He is now in jail for robbery, he faces up to 8 years in prison.