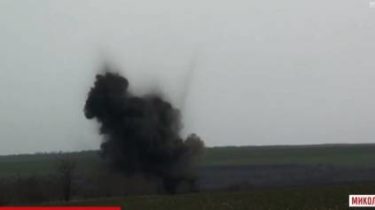 Rescuers complain about the lack of resources and predict long-term operation.

A dangerous find was taken to a special landfill where they are neutralized.

Shells, ammunition and aerial bombs weighing from 250 kg of pyrotechnics gathered in the natural “Thick” in bila Tserkva district. A dangerous find was taken to a special landfill where they are neutralized. Demining operation, said the rescuers, the tract has been held for the first year, and due to lack of funding to see the forest from the threat of treasure can not to this day. 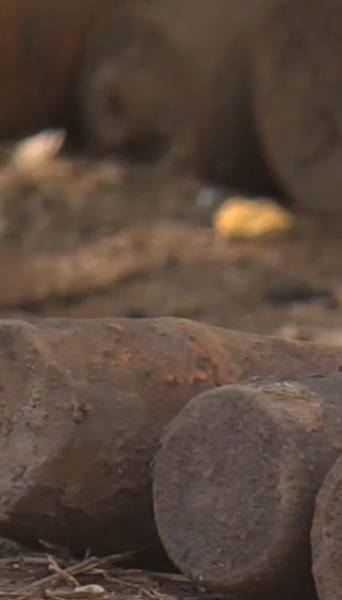 Demining work carried out in the tract the first year, but due to the lack of funding to clear the forest, finally still can not. Ammunition lie in the land since the 1930-ies, when there was organized by Soviet military warehouses. In the 1960s it exploded, and the shells scattered on 200 hectares. Until the mid 1990-ies the site of the explosion was under guard, then the cordon was removed.

Not burning, but smoldering. On military training ground in Balakleya is still not extinguished the fire

To liberate all the territory from dangerous items need millions of hryvnia. “Each year, provided funds is approximately 500 thousand for each year. But the money was not physically. We, as the DSNs to this problem again to raise and provide funds for next year, we already then seriously go for this work”, – promised the chief of GU gschs in Kiev region Vasily Slobodyanik.