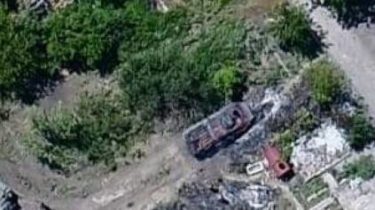 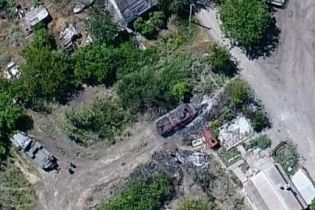 Ukrainian soldiers blew up the leaders of the militants during their meeting.

This was reported by representatives of the Fund “Turn alive”.

“Minus two commanders of the militants. In the area occupied Pikuz settlement (Kominternovo) in Donetsk region our fighters were destroyed, two personnel officers of the armed forces who had arrived to command the units of the 1st Army Corps (AK) 9th OSHM permanent residence”, – is spoken in the message.

According to fighters, on the meeting of the commanders of the 9 OSHM Marines militants Juridica and Labels, they learned in advance by informants.

“The purpose of the meeting was simple bragging of one of the terrorists, who invited the friend to itself to show which brand new APC brought him to Russia. But a brand new armored personnel carriers, near which place the meeting thanks to the efforts of the fighters of the Ukrainian “third force” suddenly exploded. Exploded nearby and an old Lada, which came the company commander of the battalion “Juridica” Callsign “Bear,” – said the fighters.

As assured in the Fund, “Bear” died on the spot, besides terrorists lost two armored personnel carriers and infantry fighting vehicles, and several “Ural”.

“Manual 1 AK already made a quick decision to replace the unit, and the new will report in person to the head of the terrorists Alexander Zakharchenko,” – said in “Turn alive”.

Minus two commanders of the militants. In the area okupowanej Pcusa settlement (Kominternovo) in Donetsk region our soldiers were…

In turn, the former intelligence officer of the 53rd brigade, and now a volunteer Fund Andrew Rymaruk said that at present the losses of the terrorists are three people.

Note the Roman Donik had previously announced on his Facebook page that after the explosion one of the wounded battalion commanders, nicknamed “Zhorik” – was in serious condition and the other named “George” – was wounded in the leg, so that he lost a lot of blood, and he put the “Ilizarov”.

Quietly came in quietly went away. Yes, it’s on the MTR today. On the Mariupol direction. Left behind two wounded…