“It doesn’t matter who he does not recognize”. The Kremlin hinted why not exchange. 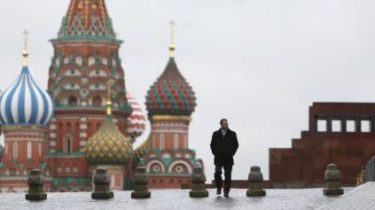 “It doesn’t matter who he does not recognize”. The Kremlin hinted why not exchange.

The representative assured Putin that the Kremlin had not received the formal request of the Secretary General of the Council of Europe.

The Kremlin said that the Ukrainian Director Oleg Sentsov convicted in Russia in a serious article, and it does not matter that he does not consider himself a citizen of Russia.

About it said press Secretary of the President of Russia Dmitry Peskov, writes “RIA Novosti”.

“He was convicted and sentenced for a very serious article, here’s the thing. We are talking about what he considered to be de jure so it doesn’t matter who he recognizes and who he doesn’t recognize. You know that this issue of exchanges was addressed yesterday during a telephone conversation between presidents Putin and Poroshenko, and in fact in line with these discussions at the level of heads of state work, the ombudsmen of the two countries”, – he said, answering the question is complicated by the situation with the exchange after the fact that he does not recognize himself as a citizen of Russia.

In addition, Peskov said that the Kremlin had not received the official request of the Secretary-General of the Council of Europe to pardon Sentsov.

“I don’t know what the petition was,” said Sands, answering the question, the Kremlin is ready to consider such a request.

May 31, Ksenia Sobchak announced that she had a conversation via video with Sentsov. He looked thin and pale, he dropped two teeth because of the hunger strike. Doctors who follow the state of health of the political prisoner, warned that after 30 days of fasting it will begin to fill in the nose the nutrient solution.

The Ombudsman Lyudmila Denisova for five days trying to meet Sensulin, but she refused to even video.

Informed the Secretary General of the Council of Europe thorbjørn Jagland stated that Ukrainian film Director and a political prisoner Oleg Sentsov should be pardoned on humanitarian grounds. He said this after a meeting with Russian Ombudsman Tatiana Moskalkova.

“I believe that Sentsov should be released for humanitarian reasons. He can be pardoned. If you need a petition for his pardon, I would love to place it on the basis of the European Convention on human rights”, — quotes “Interfax-Ukraine” a quote Jagland.