Parubiy promised to expedite the lifting of parliamentary immunity 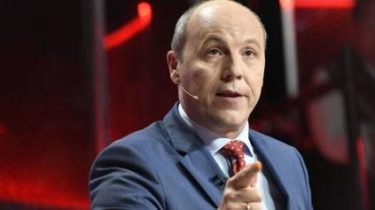 Parubiy promised to expedite the lifting of parliamentary immunity

The basis for this, according to him, created a constitutional court.

Act of the regulatory Committee to return without consideration the submission of the attorney General regarding several MPs is unprecedented, but will remove the problem of the abolition of immunity of MPs as a whole. This opinion was expressed by the speaker of the Parliament Andrei Parubiy in the air of TSN.19:30.

“The Committee didn’t just give the Committee took no decision on the merits. My position has long been clear: what would have been the decision of the Committee, I submit it to a vote of the Verkhovna Rada of Ukraine, and, as a rule, these views were supported. In this case, there was an unprecedented action when the Committee took no decision on the merits, but simply returned the view, in fact, violating the law on rules of procedure, which clearly specified time within which the Committee should take this decision”, – said the speaker. “I don’t want to think that there are any political conspiracies and political agreement with the representatives of “Opposition bloc”, but I clearly note that my position – all views should get into the hall, and the Parliament should decide,” he added.

Videoangry Parubiy told, as the Law on national security and defence will bring Ukraine closer to NATO

In exclusive comments to TSN, the speaker of the Verkhovna Rada Andrew Parubiy told about the adoption of the Law on national security and defence, the promise of Lutsenko again to make the idea of bringing four deputies to criminal responsibility and the bills that can still take the Parliament before the holidays. 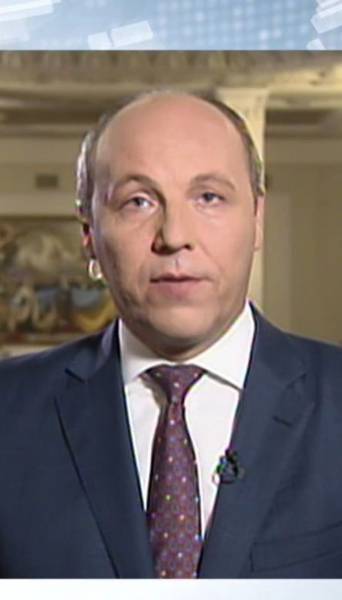 Paruby also said that the best solution would be the abolition of immunity, as a phenomenon. “And today, I emphasized that the constitutional court has made two submissions on the amendments to the Constitution to abolish parliamentary immunity. I asked the Committee quickly these ideas to consider as soon as possible to discuss the Supreme Rwdi changes to the Constitution to abolish parliamentary immunity, because neither the regulatory Committee nor the Verkhovna Rada of Ukraine should not replace law enforcement agencies and the judicial system. Immunity must be removed, and all MPs, as well as all citizens of Ukraine, should be the same procedure take place”, – said the speaker.

As reported, Ukraine’s Prosecutor General Yury Lutsenko complained about the impossibility of consideration in the Verkhovna Rada representation on the withdrawal of immunity from four deputies in flagrant violation of the law regulations Committee. He said this during a speech in the session hall of the Parliament.