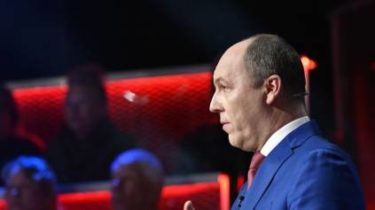 The adoption of the document should contribute to Euro-Atlantic integration of the state.

The successful voting for the bill on national security was the result of a long process of harmonizing its content and nuances. This was stated by the speaker of the Parliament Andrei Parubiy in the air of TSN.19:30.

Videoangry Parubiy told, as the Law on national security and defence will bring Ukraine closer to NATO

In exclusive comments to TSN, the speaker of the Verkhovna Rada Andrew Parubiy told about the adoption of the Law on national security and defence, the promise of Lutsenko again to make the idea of bringing four deputies to criminal responsibility and the bills that can still take the Parliament before the holidays. According to the speaker, the work of the Parliament. “Of course, the law framework. Of course, we still have to adopt the law on the security Service of Ukraine, intelligence. We made a commitment to create a parliamentary select Committee on intelligence, as it is in the Congress of the United States and most NATO countries. But this law gave the General direction of reform. This is a very important step before the NATO summit. I’m sure that by this step we have demonstrated not declarative, but a real desire of Ukraine to join the Alliance,” – he explained.

Parubiy hinted that the adoption of the law may result at the summit in recognition of Ukraine’s status of a partner or a provision map. “But what will be the decision – we will know that after the July 11-12”, – said the politician.