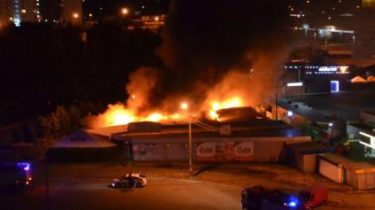 Rescuers extinguished the fire within an hour.

A major fire on the left Bank of the capital. Near the metro station Osokorki burned two dozen stalls. It happened at night, about 3 hours, according to TSN.12.00.

The tent burned to the ground. Not only goods, but also construction, metal twisted from the temperature.

A bystander who lives nearby and did not sleep at this time, I noticed what caused the fire.

Videography the fire occurred near the metro station “Oskorei”

Near the metro station burned up to twenty tents. Witnesses respond that three strangers came to the benches, broke Windows and committed arson. Men frightened the guard, and therefore they fled from the scene. 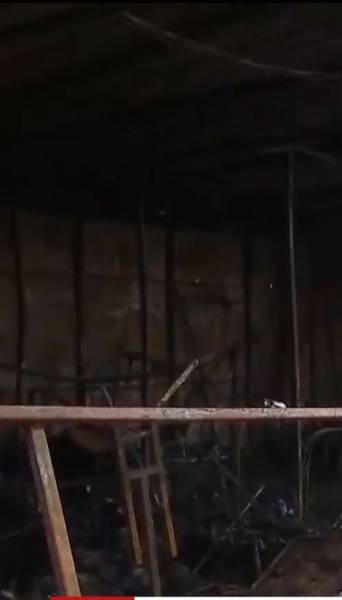 “I saw the three criminals who did it. They came, broke the window when they came to the edge, began to return in each window threw “Molotov cocktails”.

Unknown who set fire to the stalls, scared the security guard of the market, so they are unable to continue burning. They ran into the yards.

Rescuers extinguished the fire within an hour. Now the tent is dismantled and counted the amount of damages.

The police decide under which article to open the proceedings.