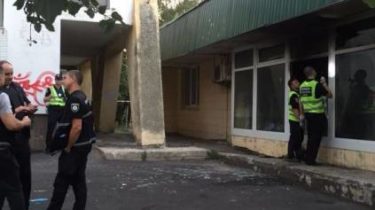 Now the office is closed for repairs.

In Kiev, set fire to “Oschadbank”. It happened at dawn. According to police, unknown threw “Molotov cocktail”. And according to witnesses, the explosion, says TSN.12.00

The incident occurred around 4 a.m., residents of the neighboring home, which is literally a few meters from the financial institution, said that woke up this morning from what I heard the crackle of glass, and then an explosion.

At the scene quickly arrived firemen and police. They reported that an unknown person threw in the direction of financial institutions in the bottle with an incendiary mix.

Not so long ago on the walls of the Bank there was an inscription “Russia”, what it could mean and sounded it in the direction of financial institutions as some kind of threat, the head of the Department, which was summoned from vacation, something refused to comment.

In Kiev unknown people threw explosives in the window of “Sberbank”. It happened at night. From the blast wave shattered Windows. The Bank building is located a few meters from the house. 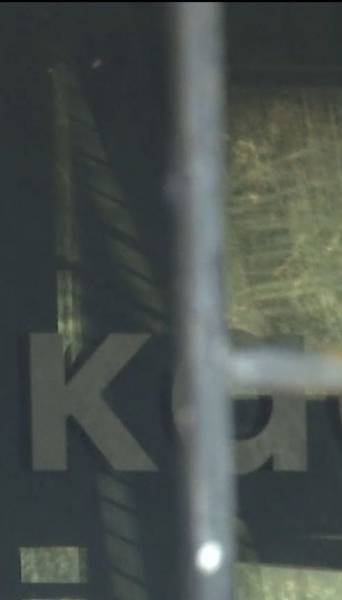 “Oschadbank” commented on the incident on the official page.

“Money in the Bank and the ATM retained. The cause of the incident is not known“, – is spoken in the message.

Here arrived promptly the cash they withdrew cash from the ATM. Bank employees raised the money that was in the box office, neatly believe, and through the window the survivors of the Cabinet gave the collectors.

Now the office is closed for repairs. And employees reported that they today go to work in another Department. What suffered losses, the Bank still believe. However, we rejoice that no one was hurt.