The attorney General is preparing to abolish the Department, which is investigating the case of the Maidan – Hire 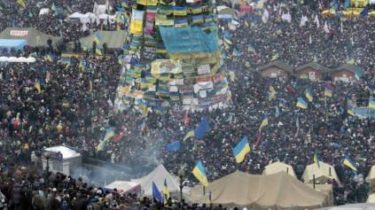 The attorney General is preparing to abolish the Department, which is investigating the case of the Maidan – Hire

The draft order is ready.

The Prosecutor General of Ukraine Yuri Lutsenko is preparing to sign an order, which virtually eliminates the Department of special investigation, dealing with the Affairs of the Maidan.

We have all bad news. The attorney General is preparing to sign an order virtually eliminates Department…

Journalist Olga Chudetskaya also announced the elimination of the Department of special investigations. According to her, the draft Directive is ready and the user of the GPU in plain text States, employees of the Department that “the decision is made, the attorney General’s sign”. In addition, now held closed meetings about this, and do not invite the leadership of the Department.

There are some very bad information. The Department of special investigations, who was involved in the Affairs of the Maidan will be disbanded. sources say…

Head of the Department of special investigations Sergei Gorbatyuk in the comments of the Public said. I have heard from third persons information on the disposition of the units, but until such order has not been received.

Mr. Yan accused the Deputy Lutsenko in preventing the completion of the case against Lucas

Mr. Yan believes that the Department want to eliminate because of the desire to take control of his Affairs.

“Therefore, all units of the GPU are separated. Without reference to the names of the leaders,” – said the Prosecutor General.

Recall that the Ukrainian law enforcement agencies are investigating more than three thousand crimes committed during the Dignity Revolution, which began four years ago, on November 21. The suspicion was reported by 380 persons, of which 239 people were sent indictments to the courts. 48 people were found guilty. Only one person is serving actual time behind bars. And then – aunt, not a law enforcement officer.