In the Donbas the driver tried to move from OGLO painting cost 3.5 million 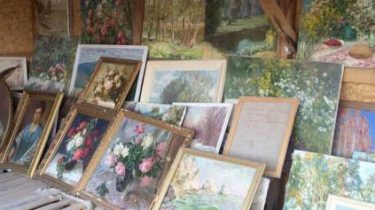 In the Donbas the driver tried to move from OGLO painting cost 3.5 million

Pictures were more than two hundred.

On PPC “Novotroitsk” in the Donbass detained the driver who tried to smuggle from the occupied territories of the painting for 3.5 million.

The test car “GAS” was conducted by the employees of the State fiscal service together with SBU and border guards.

“During the inspection found that the driver of said vehicle on the basis of documents with signs of forgery tried to move from the temporarily occupied territory of the paintings of the famous artist Chikinova V. M. in the amount of 210 pieces estimated cost of over 3.5 million hryvnias”, – is spoken in the message.

Police seized valuables and made an administrative Protocol.

We will remind, on Friday, June 22 Thriller with signs of alcoholic intoxication made SMM patrol to go on the mined road.