The owner of the restaurant, which made a deadly shooting in Obolon, confessed to the crime 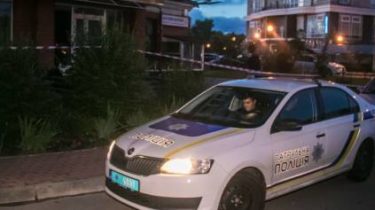 The owner of the restaurant, which made a deadly shooting in Obolon, confessed to the crime

Between the visitors and the owner had a quarrel.

The man who arranged firing at restaurant in Obolon district in Kiev have admitted the police to the crime.

About it reported in a press-service of the Patrol police.

At the capital’s Darnytsya fight occurred with shooting

“Having received from the witnesses of the event description of the attacker, patrol rushed to find him. After a few minutes near the scene of the accident one of the crew noticed a man similar in description. A patrol officer pulled over citizen and while chatting he confessed to the crime. The inspectors immediately detained the man”, – is spoken in the message.

We will remind, on Obolonska waterfront in one of the restaurants, the restaurant’s owner opened fire on the visitors, as a result, one person was killed and another was injured.