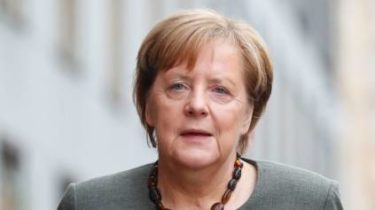 According to her, during the last years, the challenges facing NATO, has undergone “radical changes”.

She stated this during a video podcast, published on 8 July.

Merkel, in particular, referred to the fact that over the last years, the challenges facing NATO, has undergone “radical changes”. Among other things this is due to the annexation of Crimea by Russia and the Kremlin’s support for separatists in the Donbas. According to Merkel, it was important for NATO “more focus on the protection of the Alliance.”

About this Stoltenberg said in an interview with German newspaper Bild am Sonntag, which was published on Sunday, July 8.

The NATO Secretary General, in particular, commended on the fact that Berlin decided to increase spending on defence, however, acknowledged that the German government should “do more” in this regard.

The head of the Alliance remembered that Germany, as well as other countries-NATO members pledged to spend on defense is not less than 2 percent of GDP. And the current level of the defense budget of Germany is still far from this figure. Against this background, Stoltenberg criticized the promise of German Chancellor Angela Merkel to increase the defense expenditures to 1.5 percent of GDP to 2024. “1.5 percent to two percent,” – said Stoltenberg.

Statements of Stoltenberg and Merkel sounded a few days before the NATO summit next week will start in Brussels. According to the draft budget of Germany in 2019, defense expenditure in Germany will amount to 42,9 billion Euro.

Recall that during the NATO summit in Brussels on July 11-12 meeting of the Commission Ukraine-NATO at the highest level will not take place. According to klympush-Tsintsadze, in the near future will likely not be able to hold a meeting at the level of heads of state and government between Ukraine and NATO due to the blocking of such initiatives in Hungary.