In plantations under the Dnieper found the bags with sliced UAH 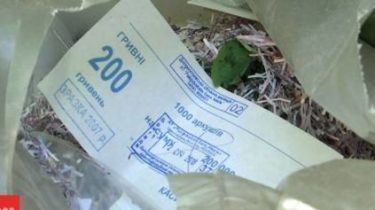 In plantations under the Dnieper found the bags with sliced UAH

The national Bank finds out, as the bags were under the open sky.

Bags of money found in the fields near the Dnieper. About this discovery was reported to the police the people who passed the landing, the correspondent of TSN.

Reporters found movers that raked cut bills in bags. In the carpet of money are stamps commercial banks and the NBU, dated June 2018.

All bills finely chopped, however, shows that this banknotes of 50, 20, 10 and one hryvnia.

The national Bank finds out, as the bags were under the open sky. 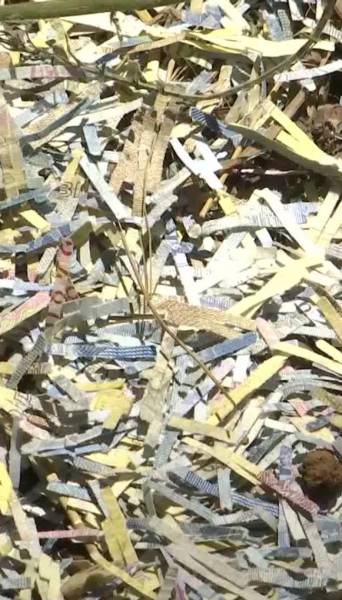 NBU stated that it is reviewing the situation and all the circumstances. The Bank released the video, how is the utilization of hryvnia. In the video you can see that notes are crushed into smaller particles than were found in the bags.

“The destruction of the banknotes takes place in fully automatic mode in the regional offices of the National Bank and the Central store (Kyiv). Banknotes are cut into small pieces, crushed is collected in bags or served in a special press, which makes the crushed mass briquettes. To restore cut bill impossible. After this the crushed mass is disposed at specialized landfills of industrial solid waste companies with which the National Bank have signed agreement. Considering the situation, the national Bank made the appropriate request to the company, which carries out the disposal according to the contract, to clarify the circumstances of the incident. In the case of violations of the terms of the agreement, national Bank will take adequate measures”, – reads the statement of the regulator.

“The criminal offence, the police can not see. But, investigators are working, work version of how the money is, or rather what was left of them, could get into the place,” police said.