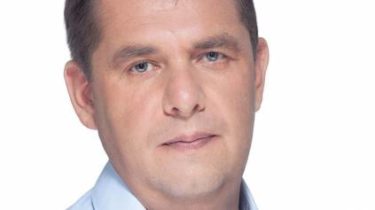 Head of the Committee on veterans ‘ Affairs, combatants, participants of the antiterrorist operation and people with disabilities, people’s Deputy Oleksandr Tretiakov said that he sees no sense in its participation in the coalition, if the process of creating a Ministry of veterans Affairs will continue to sabotage.

“For more than four months, and more precisely from February 27, 2018, the Cabinet completely ignores the resolution of the Verkhovna Rada on the establishment of the Ministry of veterans Affairs. During this time the Cabinet has not conducted any meetings on the establishment of the Ministry, and no consultations of the government with the relevant Committee and the Project office. Thus, the planned (now there is the last plenary week of this session, the next session will be in September) is almost broken,” – said the MP.

According to Tretyakov, thus jeopardized “the important is for the country to create an effective system of protection of rights and interests of Ukrainian veterans, including those which have been shed and are now shed their blood in the East.”

“If you continue to be sabotaged the process of creating a Ministry of veterans Affairs, I, as a responsible person, I do not see sense in existence of this coalition and their participation in it. I am grateful to the faction “Block of Petro Poroshenko” for effective support of the creation of the Ministry of veterans Affairs, I thank all the members of this Committee, the members of the Project office and to all who participated in this initiative and supports it. However, I have understood that not only the government but also some of the parliamentary forces deliberately slow down the process. Obviously, due to certain political interests, to which veterans and their vital needs does not apply”, – he stressed.

Tretyakov said that the establishment of the Ministry, a matter of honor for all who care about the Ukrainian state and the defenders of independence, and their personal duty of man and politics.

“In Ukraine should become the normal system of social protection of veterans, instead of the current chaos. The state should adequately provide for the rights and interests of our defenders, who spared their lives and health for the sake of the country,” the Deputy wrote.