The index of the hash. During the year the price of ingredients has risen by almost a quarter 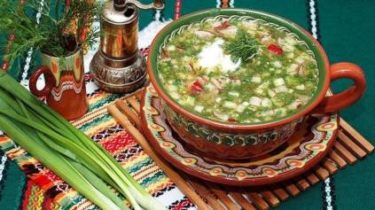 The index of the hash. During the year the price of ingredients has risen by almost a quarter

Until the end of summer produce for the dishes are a little cheaper.

Over the past year, productsneeded for making hash, rose by 23%. Now to prepare the three-liter pot meals, you need to spend UAH 67.

Such data the analysts of the Ukrainian agrarian Confederation, says “Today”.

For the year, rose the most eggs, the price of which increased by 89.7 per cent. If in 2017 a dozen could be bought at 12.7 UAH, now it costs UAH 24,1. The main reason is the domestic manufacturers have begun to export eggs to the EU, where the price is much higher than in Ukraine, which affected the domestic price level. This was reported by the analyst of the Ukrainian agrarian Confederation Nelia Onishchenko.

In the second place the green onions, the cost for the year increased by 78% to UAH 40/kg. Also recorded an annual rise in price of dairy products – sour cream (+27%) and yogurt (+24.4 percent). The price of milk affected by the increase in feed costs for livestock, decrease in milk production, growth of incomes of the population. 21.7% raised the price of chicken, now a kilo of chicken carcasses need to put 53-54 UAH. Also is 14.7% more expensive mineral water, 14.3% – dill. The price is a little tempered cucumbers (-38%) and potatoes (-23,5%).

Index of dumpling. Among the ingredients most grew potatoes and onions, and the fat fell

Until the end of summer hash will be available – expected traditional reduction of prices on vegetables. But the cost of the final product they represent less than 10%, so the price of the dish it will affect a little or minus 2-3 UAH. But what is the cost structure of most of this yogurt (34,2%), chicken (20%) and mineral water (14.7 per cent), in the amount of nearly 69%, is unlikely to be cheaper.

The head of the Association of retail suppliers Oleksiy Doroshenko also sure that meat and milk are unlikely to fall in price. According to his forecast, we should not expect them to rise in price – the demand for them in the summer is reduced, and periods of storage because of the heat reduced.