The militants continue to shoot without loss. The situation in the Donbass 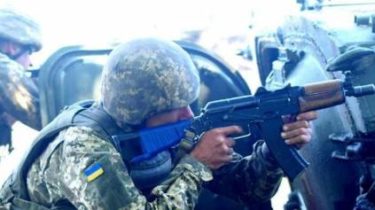 The militants continue to shoot without loss. The situation in the Donbass

For Monday, July 9, from 07:00 to 18:00 at the Donbass militants and eight times opened on positions of the Ukrainian army.

“Russian occupation troops 8 times opened fire on Svetlodarsk, Donetsk and Mariupol directions with application of APCS, grenade launchers, heavy machine guns and small arms on positions of the allied forces near the village of Svetlodarsk, Avdeevka, Nevel, novotroits’ke, lebedyns’ke and Water”, – stated in the summary of the press center of the joint forces.

Recall that over the past day in the Donbas on the frontline wounded Ukrainian fighters.