Condemnation of Russia, MH17 and the release of political prisoners: that is not like the Kremlin in the final statement of the 20th EU summit-Ukraine 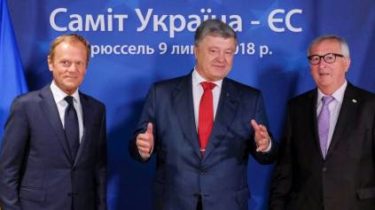 Condemnation of Russia, MH17 and the release of political prisoners: that is not like the Kremlin in the final statement of the 20th EU summit-Ukraine

Europeans again have clearly indicated support for Ukraine and condemned the aggressive and illegal actions of Russia.

The European Union confirms commitment to political Association and economic integration with Ukraine, and also stressed the inviolability of borders of the state. This is stated in the joint statement of European Council President Donald Tusk, European Commission President Jean-Claude Juncker and the President of Ukraine Petro Poroshenko on the results of the 20th EU summit-Ukraine, which took place in Brussels.

The summit strongly condemned the clear violation of the sovereignty and territorial integrity of Ukraine in result of the aggression of the Russian armed forces, which lasts from Feb 2014. “We continue to condemn the illegal annexation of Crimea and Sevastopol by the Russian Federation; condemn the conduct of Russian elections in the illegally requested Peninsula and the deterioration of the situation with human rights in the territory. We also condemn the building of a bridge across the Kerch Strait without the consent of Ukraine, as well as further militarization of the Peninsula and the Black and Azov seas. We are determined to fully adhere to its policy of non-recognition, including through the imposition of restrictive measures. We urged Russia to open access to international organizations and human rights defenders to the territories which today are not controlled by the Ukrainian authorities, in particular on the Crimean Peninsula, and to respect the principles of international humanitarian law”, – said in a statement.

In the Belgian capital for a meeting headed by President Petro Poroshenko. The European Union will be represented by the Chairman of the EU Council Donald Tusk and European Commission President Jean-Claude Juncker. The results of the summit it is planned to adopt a joint Declaration. 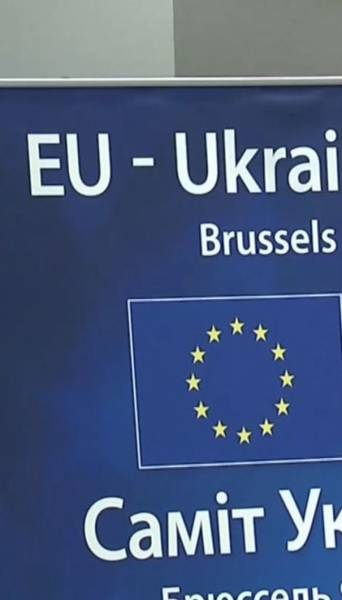 Its authors called for the “immediate release of all illegally detained Ukrainian citizens in the Crimean Peninsula in Russia (in particular, the Crimean Tatar activists), and also Oleg Sentsov, Vladimir Baloga, Alexander Kolchenko, Stanislaus Cliche, Aleksandra shumkova, Roman Sushchenko”. It was also condemned “the continuing violence in some areas of Donetsk and Lugansk regions, the enormous burden that they carry for the civilian population and the dire consequences for human rights”. “We reiterated our full support for the efforts of the Normandy format, the OSCE and the Trilateral contact group, aimed at sustainable and peaceful solution to this conflict through full implementation of the Minsk agreements by all parties. We also emphasized the responsibility in this context lies with the Russian Federation”, – stated in the document.

At the summit it was about the need for access of the OSCE mission to the whole of Ukrainian territory, which was seized by terrorist groups with the support of the Kremlin, and the establishment of a national mine action centre that would provide this process. “The EU has announced that it will provide further assistance: 16 million euros for the Special monitoring mission of the OSCE and about 4 million euros to strengthen the resilience of communities in the zone of conflict, and to reintegrate veterans of the conflict. Again recently, the EU extended its economic sanctions against Russia, the duration of which remains well bound to the full implementation of the Minsk agreements”, – stated in the document.

In Brussels, the start of the twentieth summit Ukraine-EU. What they say

In addition, the EU said their willingness to join the restoration of the Donbass, when the situation allows it. However, we are all responsible for the crimes persons should be punished. “We remembered the tragic shooting down of flight MH17, honored the memory of the victims and voiced hope for effective prosecution of all involved in this tragedy, and urged the Russian Federation to accept responsibility and to cooperate fully with all attempts to establish those responsible for this tragedy,” the statement reads.

Also, the text reminded about the financial support of the European Union reform efforts of Ukraine and the dependence of such actions on the progress in the implementation of reforms, especially in the field of fight against corruption.