Parliament plans to consider the update of the CEC on Thursday 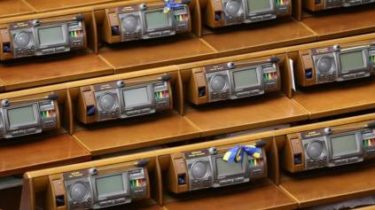 Parliament plans to consider the update of the CEC on Thursday

To return to this issue in the agenda insisted faction of the BPP.

The Verkhovna Rada of Ukraine has returned to the agenda the question of the new composition of the Central election Committee on Thursday.

This was after a meeting of faction leaders in Parliament said the President “Block Petro Poroshenko,” Arthur Gerasimov, reports UNIAN.

“We have achieved: the issue of renewal of the Central election Commission returned to the agenda for Thursday. Consultations, we work,” he said.

He also noted that the position of the BPP is that the question of updating the CEC is a key to this plenary week.

We will remind, on 5 July , the Rada failed to update the composition of the Central election Commissionsubmitted by President Petro Poroshenko. Because of this, the fraction of the PPO announced a boycott and stated that he would not vote for any bill until you update the CEC. In response, the Ukrainian Parliament adopted the law without the participation of the largest faction of the Poroshenko.

If the BPP or “popular front” suddenly decide to leave the coalition, it can cause the dissolution of Parliament and early elections. However, the current session of the Verkhovna Rada ends in a week, after the MPs go on two-month vacation.

Videoraptor and blocked the Verkhovna Rada. The BPP refused to vote for new CEC

Discord in the coalition and blocked the Verkhovna Rada. The President’s faction announced a strike in the BPP refused to vote until other members agree to appoint new members of the Central election Commission. Without the largest fraction of the work stopped. Why CEC quarreled coalition and could this be the beginning of a political crisis? 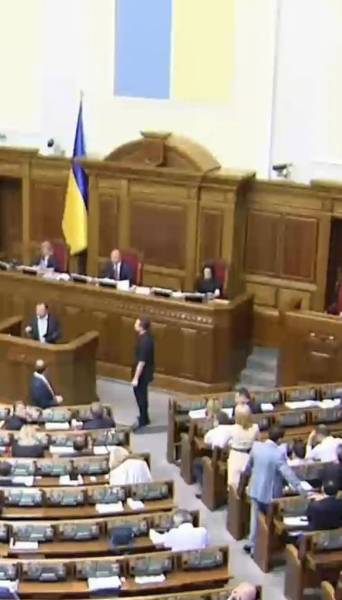