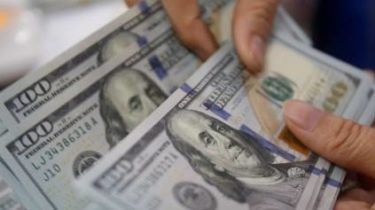 The strengthening of the hryvnia is a seasonal phenomenon and is likely a temporary.

Dollars and euros in exchange fell and the hryvnia strengthened.

According to the NBU rate, the cost of one US dollar is 26,24 UAH, and the Euro – UAH of 30.94. From the beginning, the hryvnia has strengthened considerably. In January, the dollar was worth almost UAH 29. While the Euro put the historical record – January 26, gave him more than 35 UAH.

Experts explain that the strengthening of the hryvnia is a seasonal phenomenon and is likely a temporary. Now the course was affected by the end of the heating season. Because the country does not need to buy a lot of gas.

“When the hryvnia strengthened, in principle, it makes sense to buy some imports if you wanted to do it. For example, it may be a car, because we have almost all cars are imported. This can be real, if the price is pegged to a foreign currency. Can be appliances of some sort, perhaps gadgets”, says economic expert Alexander Kramarenko.

“I think that in September we will have a gradually reducing rate (hryvnia), as well as it was a year ago. The most likely forecast, which I heard is a 28,5-29 hryvnia per dollar,” – says Kramarenko.