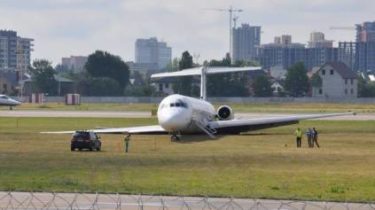 The airport management was held hostage.

The management of the airport “Kiev” to them. I. Sikorski accused the employees of NABU in the incident, which occurred with the plane Bravo.

On it informs a press-service of the airport.

It recalled that the leadership of the CP of MA “Kiev” and the company “Master-Avia” 19 hours were held in private offices with no means of communication and the ability to coordinate the operation of the airport.

“So was blocked by the operation as a public company and a private company “Master-Avia”, which deals with the development and maintenance of the airport”, – stated in the message.

A consequence of the actions of NABU was the inability to prevent the accident that occurred with the airline Bravo, who served as a flight Antalya – Kiev.

“During landing in a strong storm the plane with 169 passengers on Board skidded off the runway. The situation was complicated by the increased threat of explosion on Board the plane was 4 tons of aviation fuel. Currently, the airport management, which, in fact, was held hostage by security forces, was not able to accept appropriate weather situation measures. Thanks to the coordinated work of the rescue services of the airport the situation was kept under control and as a result of incident nobody has suffered”, – said at the airport.

Travel tube. At the airport “Kiev” thousands of people are unable to fly to Antalya and Batumi

Such an event happened for the first time in 94 years of operation of the airport.

On the eve of the ship of the Ukrainian company Bravo Airways was going to land, just in time for the downpour and the hurricane, and was rolled out for the runway. The plane carried out flight from the Turkish city of Antalya. On Board were 169 passengers, no one was seriously hurt. 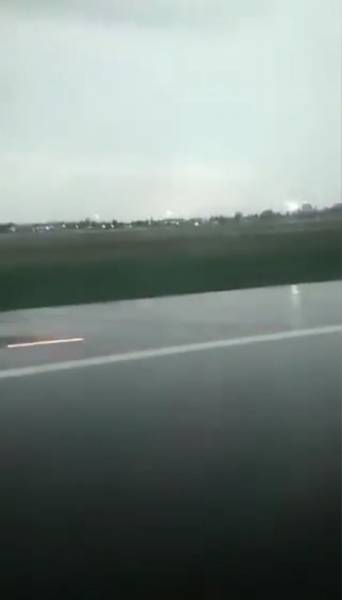 We will remind, on June, 14th the plane of the Ukrainian company Bravo Airways could not cope with the storm and rain, and at landing was rolled out for the runway. Passengers who flew from Antalya, in a state of shock. Complained of indifference on the part of the airline and the airport workers. The airfield was taken later, like not even fed.

Videomarina landing at the airport “Kiev”: passengers complain of indifference on the part of the airline

The plane of the Ukrainian company Bravo Airways could not cope with the storm and rain, and at landing was rolled out for the runway. Passengers flying from Antalya in a state of shock. Complain of indifference on the part of the airline and the airport workers. From the airfield they were taken later, even if not fed. The airline and at this moment has not commented on the incident. 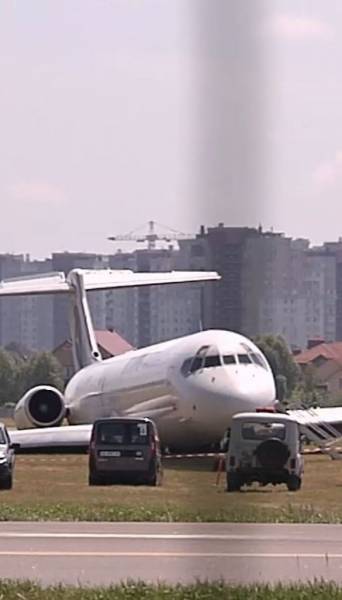