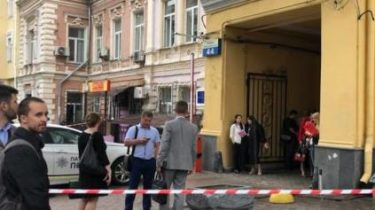 Employees and visitors were evacuated.

According to the press service of KAAS, was evacuated employees and visitors.

Dear citizens! Kyiv administrative court of appeals mined. We have now carried out the evacuation of employees KAAS…

Social activist and lawyer Tatiana Kozachenko, in turn, reported that it was mined the Economic court of Kyiv.

The economic court of Kyiv MINED. The office is also not working. I wonder what kind of case is heard?

This information have confirmed and in a press-service of the court: “According to the patrol police of the city of Kiev, it became known about mining of the building of the Economic court of Kyiv. On the scene left the investigative team of the police Department, cynologists and bomb experts. From the premises of the court were evacuated employees and visitors. In the trial, adjourned from 11.10 hours.”