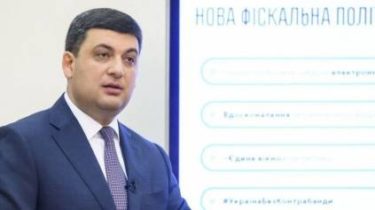 The Prime Minister is optimistic and promises to minimize the way for corruption.

“Only numbers that we were able to accomplish in these six months,” he said before the start of the report and using slides with infographical spoke about the achievements of the semester.

For the first quarter GDP growth amounted to 3.1%. Groisman noticed. that’s a good indicator, as more forecast. The industry grew by 2.6%.

“This is serious capital, which is included. While we understand that we need more tools. We have a very positive recent evaluation of stability and efficiency of the banking system,” commented the figure the Prime Minister.

The index of the real salary (the salary that is actually paid for minus the inflation rate) grew by 11.8%. The minimum wage, meanwhile, rose by 16.3%.

The implementation of the budget

The state budget revenues for the six months amounted to 54.1 billion Spending on social security grew by 19.2 billion compared to last year. Assistance to local budgets increased by 33 billion.

– usovershenstvovanie automatic VAT refund (tax refund “without corruption and abuse,” says the head of the government)

– the fight against smuggling

According Groisman, now check for custom clearance, which falls in the budget, 50% more than it was before taken in June of measures to combat corruption. 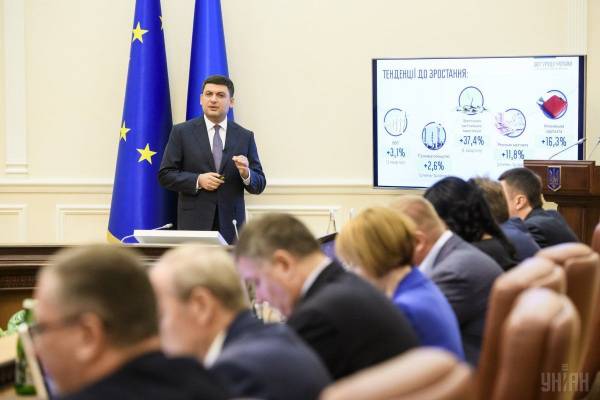 Since September in Ukraine there will be new European standards on road construction, residential and non-residential facilities.

“We will observe the beautiful, aesthetic and comfortable architecture in the cities,” says Groisman.

– The risk based approach to inspections

The management of state property

– changed the approaches to the lease of state property

– new legislation for privatization (attraction of investment without corruption

– Supervisory boards in the strategic companies according to the updated system (“uz”, “Ukrenergo”)

small privatization from July through Prozzoro

11 million 840 thousand citizens signed a contract with the family doctor.

#Edreform We are just starting to implement it, but it is important that change is. Will the new system, the quality and the service. For each patient, we will pay the money. Almost 12 million Ukrainians chose your doctor. We also created the National health service (NCSU). pic.twitter.com/bdhwIsYAif

The program is Available Drugs: it has attracted more than 7.8 thousand pharmacies. It was offset by 21.2 million prescriptions. Pharmacies listed 982 million.

For the first time Ukraine is fully provided with vaccines for children, said Groisman: “All of the vaccination calendar is now in stock.”

Groisman a statement that is more interested in the question of coal, and in it – “many mistakes” in the state mining sector. Regarding gas, he sets a goal to stop buying it abroad.

136 million Euro of investment were attracted in the reliability of power supply system (“Ukrenergo”).

Roads are being built in all areas, says Grossman, and adds that he knows about the need of building many other ways. He bragged of the commissioning of the tunnel Beskydy.

Support of the military

Ensure the military increased by an average of 10%. 184 built barracks for 23 thousand. Every soldier should live in normal conditions. Good security, food, a serious defense weapon. The highest value in the army to be soldiers. pic.twitter.com/EPj5A3EiO6

Funding for defense increased by 25%.

“APU delivered more than 920 new weapons and equipment. In 2018 for military service under the contract made 14,6 thousand people. Increased operational reserve APU to 158 thousand people”, – said the Prime Minister.

Groisman assured that understands that growth is not enough.

Implemented the program “kid’s Pack”: it will be issued at birth from September 1, 2018. Prepared program of “Municipal nanny”, which provides for the refund of the nurse in the size of the subsistence minimum for a child up to 3 years from 1 January 2019.

Videorecenze from September 1, will issue a “Package boy”

“Baby package” worth five thousand hryvnia will be issued to pregnant women from 1 September this year. The set will include the basic things needed for babies in the first days of life. First, such packages have to be sent in Finland. It was back in 1938! This year the Finnish baby box is 80 years old. The contents of the box change, taking into account the advice and criticism of parents. How does one of the systems of care for moms and is it possible in the Ukrainian realities – more Snance. 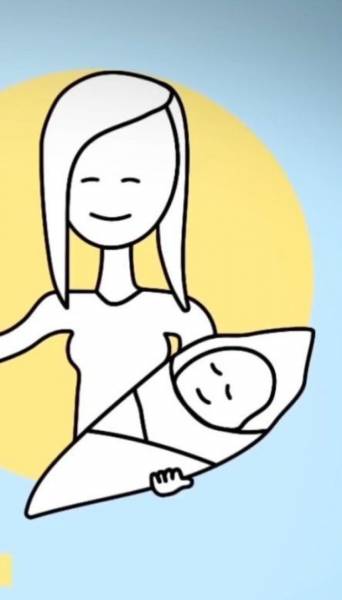 The financing of cinema in 2018 was increased by almost half. For the first half of 2018 was shot 19 films.