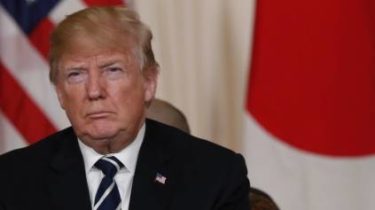 According to unconfirmed reports, the leaders of the USA and Ukraine have already met.

The President of the United States Donald trump canceled a number of bilateral meetings within the framework of the NATO summit in Brussels, in addition to talks with his Ukrainian counterpart Petro Poroshenko.

It is reported by the Romanian TV station Romania TV, citing its own sources.

As noted, the tramp was going to meet with the leaders of Ukraine, Georgia, Romania and Azerbaijan, but changed his plans.

In turn, the “European Pravda” notes that trump’s meeting with Poroshenko already held.

Trump’s threats to withdraw from NATO and the joint statement of Ukraine, Georgia and the Alliance. Text online summit

Now official confirmation of this information.

We will remind, on July 11-12 in Brussels continues the annual summit of leaders of the countries-members of NATO. On the second day of the scheduled joint meeting of the Commission NATO-Ukraine-Georgia, as well as meeting members of the Alliance with partner countries.

The results of the first day, the leaders of the NATO countries adopted a joint Declarationwhich called on Russia to withdraw troops from Donbas, Ukraine is to comply with the terms of the Venice Commission on the language of article of the education law, confirmed the non-recognition of Russian annexation of the Crimea. Alliance members also agreed to create an Initiative alert, denounced the destabilizing actions of the Russian Federation, expressed concern about the situation with chemical weapons and wars in the middle East, supported the denuclearization of the DPRK. Finally, NATO agreed to start accession negotiations with new member – soon to join the Alliance of Macedonia.