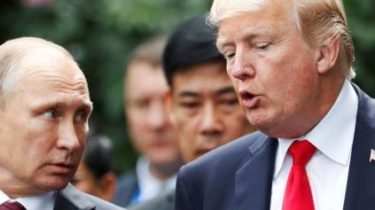 Trump said that relations between the US and Russia hurts “witch hunt”.

The US President Donald trump said that a meeting with Russian President Vladimir Putin, to be held on July 16 could become “something exceptional”.

He said this during a press conference after talks with Prime Minister of great Britain Teresa may, reports Reuters.

He also noted that relations between the US and Russia hurts “witch hunt”.

According to him, the meeting with Putin, he will discuss Ukraine and Syria. Earlier, speaking about Russia’s annexation of Crimea from Ukraine, trump accused his predecessor of Barack Obama in a disastrous policy, saying it “failed in a situation with Crimea.”

McCain reminded Trump that Putin – the enemy of the United States

“I don’t think he (Putin — ed.) would do it (annexed the Crimea, if the President was me. This is a disaster of Obama,” — said the head of the States.

“Let’s see what will happen with the Crimea. If I had known that, I would still not say”, he added.

From delight to disappointment: as trump and Putin exchanged compliments

Trump also pointed out that the meeting with Putin will raise the issue of reducing nuclear weapons stockpiles.

“If we can do something for substantial reductions (of nuclear arsenals, ed.), I mean, ideally, get rid of them, maybe it’s just a dream, but, of course, is a question that I will discuss at the meeting with him,” said trump.

The US President also spoke about the project Nord stream-2, calling it “a terrible mistake”.

Recall, July 16, in Helsinki, Finland, the US President Donald trump will meet with Russian President Vladimir Putin. They will discuss the situation in the middle East, where fighting continues in Syria, bilateral relations and the intervention of the Russian Federation in elections of President of the United States.

The American media speculated that trump may “surrender” to Syria to Putin. It will allow Russia to establish in the country a favorable regime of Bashar al-Assad. Also in the United States suggest that the US President will continue to criticize NATO and again to refuse to see in Russia a threat to America.

The US President during a meeting with his Russian counterpart tries to negotiate with him on Syria. We will focus on the areas that are in control of America supported Syrian rebels, and that is attacking Assad’s army. Donald trump may offer to convey the land to the Syrian authorities in exchange for free access of the opposition forces in other regions. 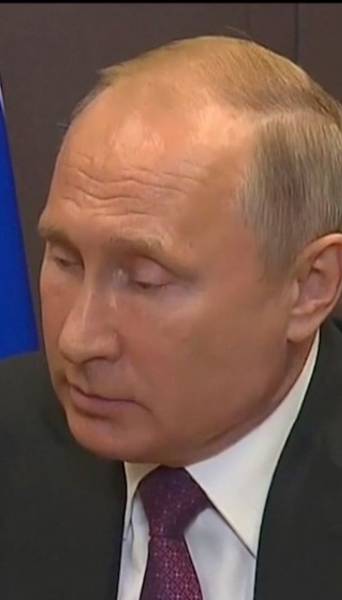