Owners of the energy business in Ukraine, noted in the office of comrade Poroshenko – “Schemes” 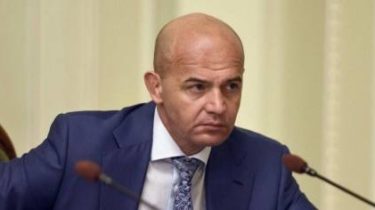 Owners of the energy business in Ukraine, noted in the office of comrade Poroshenko – “Schemes”

First Deputy Chairman of the faction “Block of Petro Poroshenko”, the people’s Deputy Igor Kononenko in his office in business center on Podol in Kiev regularly meets with the owners of the energy business in Ukraine.

This is stated in the investigation “Schemes”.

As noted, the journalists managed to fix, as to the building in June this year came from three businessmen with interests in the energy sector: “the coal king” Vitaly Kropachev, Ukrainian-Russian millionaire Pavel Fuks former MP Anatoly Shkriblyak, who controls several teploenergotsentrali.

In turn, Fuchs replied that he had a meeting with Kononenko, assuming that could be in the club “5 element”, which is located in the same room. However, according to journalists, the passage from the office to the sports club there, they have separate entrances. Vitaly Kropachev also denied a meeting with the MP, and the number Shkribliak said the man, who introduced himself as a helper and promised to pass the question about a possible meeting, “as soon as the businessman gets back from vacation.”

In addition, the publication says that Igor Kononenko is a frequent guest in the presidential Administration, where falls not through the front door, and, for example, through the gate on the other side.

“All of these contacts do not appear to be random, and say more in support of the thesis that Igor Kononenko to the President oversees one of the most monetary areas – the energy sector, controlling government authorities, the competence of which includes the adoption of solutions which this business depends on”, – stated in the investigation “Schemes”.

We will remind, earlier it became known that the firm from the environment Kononenko received permission for the extraction of lithium in the Donbass. According to scientists, resources of lithium oxide in Ukraine to reach 500 thousand tons.