“To work!”: “euroshare” sent back to VR deputies, who had hoped to go on vacation 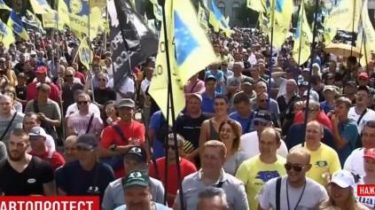 “To work!”: “euroshare” sent back to VR deputies, who had hoped to go on vacation

Protesters expect that it will come out the speaker Andriy Parubiy.

The owners of “EuroBLECH”, which is the second day of picketing the government quarter, did not wait for consideration of the question in Parliament. Meeting under walls of the Verkhovna Rada in the evening escalated into her blockade, says the story TSN.19:30.

The protesters blocked most of the inputs and outputs of the BP so as not to release from the premises of the people’s representatives. Their “euroshare” accused of inaction due to the fact that the parliamentarians did not want to contribute to the agenda, none of the bills that would solve the situation with the customs clearance of the car. After today’s meeting of deputies planned to leave on vacation until September, but because of the actions of people on the street were forced to return to the building. This was accompanied by polyphonic chanting: “To work!”.

Videotitle “EuroBLECH” continue to block the center of the capital 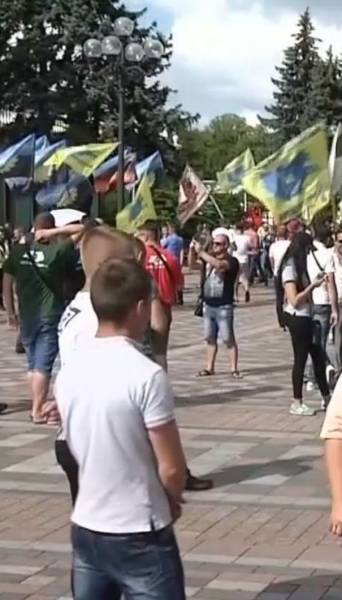 Although most of the exits from Parliament is blocked, however, it is likely that MPs can go to any of the vacant or leave the building by underground passages. Meanwhile, on the street especially ardent protesters were detained by militiamen. Exactly how many people the police have got it – figures not yet released. Those left waiting for speech to the protesters, speaker of the Verkhovna Rada Andrei Parubiy. To him went the delegation of representatives of “euroshare” to discuss the prospects for the adoption of laws, which require on the street. People hope that the head of BP will come to them and will report any news in this regard.

As previously reported, in the center of Kiev for the second day protesting the owners of the so-called “EuroBLECH”. The participants of the protest action of owners of cars of foreign numbers blocked all entrances and exits to the Verkhovna Rada of Ukraine.