Hundreds of people took to Independence square to celebrate a birthday. 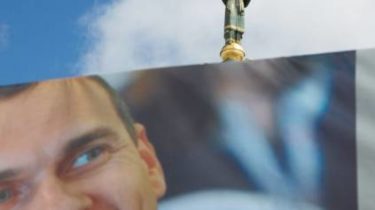 Hundreds of people took to Independence square to celebrate a birthday.

The prisoner they want freedom and health.

Till evening on a capital Maidan of Independence was a rally in support of Ukrainian political prisoner Oleg Sentsov. In the center of Kiev gathered hundreds of Crimeans, friends and other caring people, according to a story TSN.19:30.

They showed that a single spirit on this day with the birthday boy. In the hands of people holding posters with slogans about the release of Sentsov and other Kremlin hostages from captivity. The protesters from a makeshift stage had expressed admiration for the vitality of the outstanding Ukrainian.

In the capital on Independence square gathered friends, acquaintances, and caring – to hold a rally in support of Oleg Sentsov. People came with posters with the already known inscriptions #FreeSentsov. 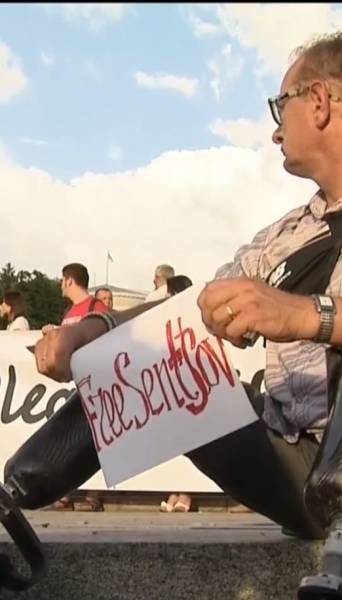 “A lot of good people. Many we do not notice. But when a good man in trouble, a lot of good people trying to help him,” explained their presence, one of the activists. “Such as Oleg, are unique people,” added another participant of the rally. They were unanimous in their desire to stay Sentsov, and freedom will come.

Sister. called for a boycott of a number of Ukrainian channels because of the “information war”

As previously reported, two month hunger strike that rocked Ukraine and many people around the world have made a political prisoner Oleg Sentsov No. 1 in Putin’s Russia. Resident of Russia was sentenced to 20 years on trumped-up charges of terrorism, and in fact, for volunteering and active support of the Maidan.