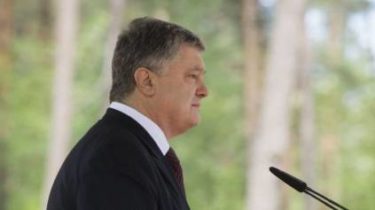 The Ukrainian President said that this format was not in the UN’s history.

The conditions and scope of authority of peacekeepers on the territory of Donbass was discussed in the framework of the so-called Normandy format, but they are not satisfied with Russian President Vladimir Putin. About this on air of one of Ukrainian television said the President Petro Poroshenko.

In his opinion, the Russian leader wants about the specific mission of peacekeepers in ORDA. “It should not be peacekeepers, and the so-called “escort service”, which was accompanied by OSCE peacekeepers. They arrived at 9:00 am, 18:00 went home, and that there will be from 18:00 to 9:00, how many Ukrainians are killed, what will the Russians… of Course, this is not a viable option,” – said the President of Ukraine. 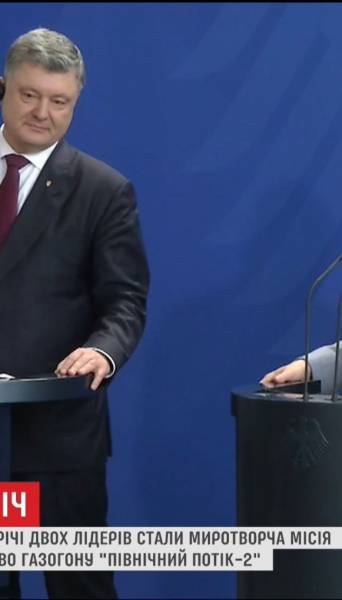 Poroshenko added that this mission makes no sense and parallel in history. “Never in the UN was not in that format. So we say, and the whole world supports it: this is a normal peacekeeping mission, which will ensure the implementation of a component security,” he explained.

According to Poroshenko, reconciliation in the Donbass is possible, but this should fulfill the Minsk agreements – that is, Russia has to take away from ORDO troops and weapons, and Ukraine then to begin a political process of reintegration and prepare for the local elections. “We will have a dialogue with those for the elections to be recognized as free, relevant the will of the citizens residing in the territory – we will conduct a dialogue on implementation of rights of local self-government. This is Minsk, it says! And we are ready to fulfill the agreements,” – said the Ukrainian leader.