In Ukraine there will be new 20-hryvnia banknote. The images before and after design changes 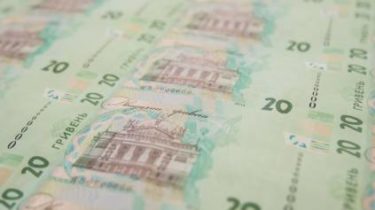 In Ukraine there will be new 20-hryvnia banknote. The images before and after design changes

New banknotes will enter into circulation on 25 September.

The national Bank presented the new 20-hryvnia banknoteswhich will enter into circulation on 25 September this year.

The Director of the Department of monetary circulation of the NBU Victor Savenko noted that by updating the design and improving the protection of banknotes hryvnia, the regulator committed to increasing their reliability. According to international standards, the banknotes need to be updated periodically in order to minimize or completely eliminate attempts at fraud to counterfeit money.

“This is the third banknote in the new banknote series of the national currency. She continues to update the nominal number of banknotes of the previous sample, started the National Bank in 2014 to improve the reliability of the hryvnia,” – said Victor Savenko. 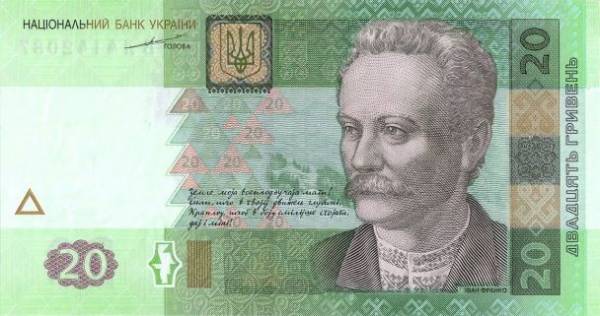 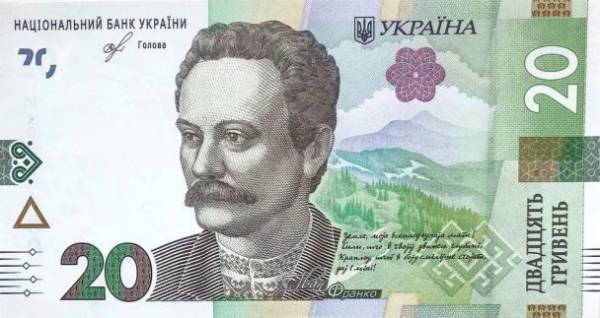 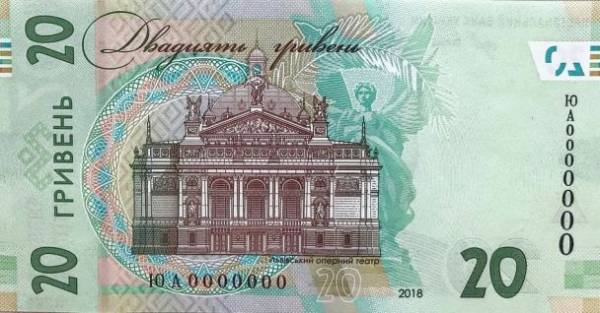 Initially, the NBU plans to produce and put into circulation about 5 million pieces of the upgraded banknotes with nominal value of 20 hryvnias for further distribution among the banks of Ukraine, which in turn will provide new banknotes Ukrainians.

Banknotes of the sample of 2003 and 2018 will be in circulation simultaneously. That is, will not need to exchange the banknotes of the previous sample by a new one. 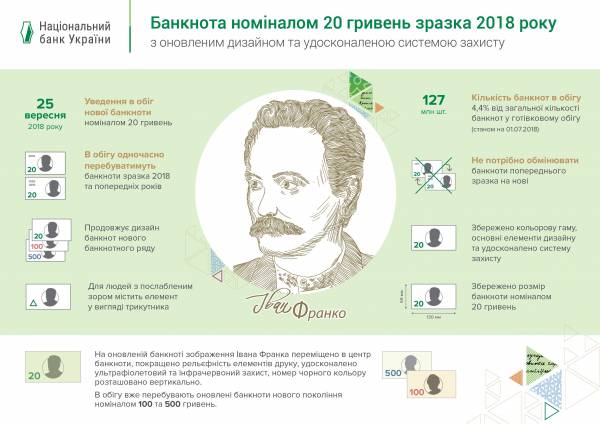