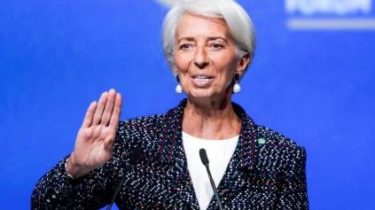 Most affected trading markets the USA and Asia.

The international monetary Fund forecasts global economic growth in 2018 and 2019 3.9%. And in 2020 world GDP growth may decline by 0.5% (430 billion dollars) due to trade disputes and their consequences. In particular, due to the fact that the U.S. imposed higher duties on certain goods from China, the European Union, Canada, Mexico.

The actions of the President of the United States Donald trump regarding the introduction of additional duties on export goods can come as a shock to business confidence that will lead to a reduction in global GDP. This is evidenced by the analysis conducted by the IMF, writes “Interfax-Ukraine”.

The Fund’s experts tested several scenarios in the commercial sector, in particular the introduction of new fees by the States, appropriate measures of their trading partners, as well as the reaction of the business community on the changes.

In the event the actions of all announced at today’s rates, the growth rate of global GDP in 2020 will be by 0.1% lower than expected now. This was stated by the managing Director of the IMF Christine Lagarde.

If the entry into force of the American duties and measures undermine business confidence in the economy and will cause a reduction of investment companies, the pace of global growth may be 0.5% below expectations. And it is minus 430 billion dollars of world GDP.

The problems are also affected by the world trade organization.

“The consistent escalation of a trade dispute could undermine the multilateral structure of the WTO, which has successfully contributed to the global growth of trade since 1995. The consequences will be disastrous – it would destroy the global supply chain, and dramatically reduce the chances of potential reduction of trade barriers, but also will hurt consumers because it will lead to growth of cost of import”, – stated in the analytical review of the IMF.

Lagarde stressed that such actions will ultimately be worse for all countries, especially the US, whose economy is particularly vulnerable, given how significant trade volume will be subject to the relevant events.

According to IMF estimates, the growth rate of the U.S. next year may be 0.8% lower than forecasted in case of the situation in global trade in the worst case scenario.

Asian markets will be the second region after the United States, which most will hit the growth of protectionism – the growth rate of the region’s GDP in 2020 could be 0.7% below forecasts.

The slowdown of GDP growth in Latin America and Japan compared to the forecast can be 0.6% in case of the worst of the tested scenarios, the IMF, the Eurozone and the rest of the world is 0.3%.