In the Donbas killed one Ukrainian soldier and two were wounded. The situation on the frontline 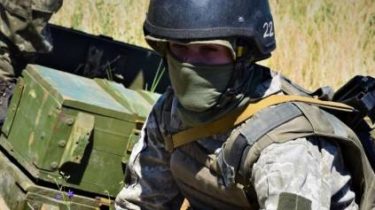 In the Donbas killed one Ukrainian soldier and two were wounded. The situation on the frontline

For Tuesday, July 17, on the front lines in the Donbas fighters 21 times opened fire on positions of Ukrainian troops, heavy weapons are not used.

“The situation in the area of operations of the combined forces remained controlled. Russian occupation troops were active in all directions and were aimed fire on the defenders of the Crimean, nut, Novoluganskogo, Iron, Avdeevka, Heaters, Sand, Water, Hnutove, Shirokino, Talakivka and Food”, – stated in the summary of the press center of the joint forces.

For Wednesday, July 18, from midnight until seven in the morning, fighters seven times fired at positions of the Ukrainian military near the Trinity, Svetlodarsk, Lugansk, Avdeevka, Water and Lebedinsky. In three cases, with 82-mm mortars.