In Kiev, found the owners of the 2-foot Python, who scared people on the street 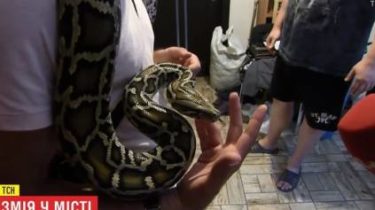 In Kiev, found the owners of the 2-foot Python, who scared people on the street

The reptile was taken home and promised to look after him carefully.

In the capital, with the support of the lantern tovolunteer removed 2-foot 4-pound tiger Python. Snake saw passers-by who called the rescue service animals, according to a story TSN.19:30.

Volunteer Michael decided to remove the reptile with his bare hands, because he saw that he was not aggressive. Temporary shelter to a snake brought in the bag. Meanwhile, residents of nearby houses are moving away from the shock: MS Luba even thought at first that it robbed under the guise of a Python. “He’s handsome, he’s a good Piton. But how was he supposed to be here,” – say the residents and suggest that if this guest crawled into their home, then it could cause a heart attack.

Six-foot snake found today in the center of the capital. At the pole of the lantern, right on the facade of a house, reptile passerby noticed and called animal rescue. Cooperately, arrived on a call, decided to remove the snake with his bare hands. TSN to find out where crawling Python. 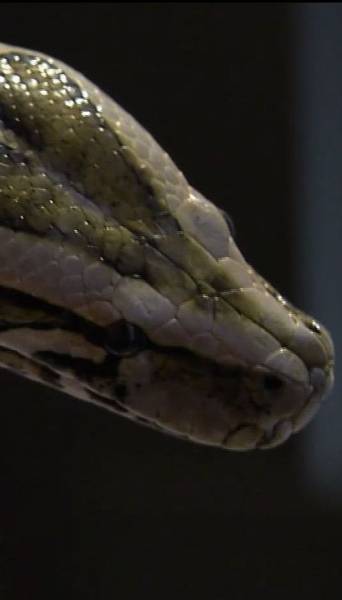 The journalists decided to go to the neighbors because it is unlikely that the Python crawled from somewhere far away. The owners found quickly – even those demonstrated in the proof of photos and videos with a snake. The owners said that the Python name is Shelby, it’s a female, she was once a friend, but it was stolen. The snake is very affectionate, loves to swim, lives in an apartment about two years and still never gave himself away.

In Thailand, a three-metre Python got into an electrosupport in the middle of a crowded city

Studying snakes and spiders Hippolyte Ermolaev once convinced of the authenticity of the claims of the owners of a reptile, gives Shelby. “She crawled. Opened the door and crawled out” – recognize their oversight masters.