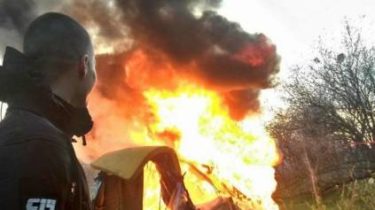 Sergey will be under hour house arrest for 2 months.

The suspect in the pogrom of the Roma camp on Bald mountain in the district of Kiev goloseyevsky coordinator of the nationalist organization C14 Sergey Mazur took under-house arrest for 2 months.

The corresponding decision was made by the judge of Holoseievski district court of Minsk Natalya Cherednichenko writes “Gromadska”.

As noted, the people’s Deputy Igor Lutsenko stated about his readiness to take Mazur on bail, but the court refused.

Guys in masks and knives raided at night, raided the tent and cut people. One person has died even before arrival of police and ambulance. Twelve of the attackers, the police detained. Most of them are minors, the oldest only 20. According to unofficial information that members of the organization “Sober and evil youth.” For a premeditated group murder they can sit for life. 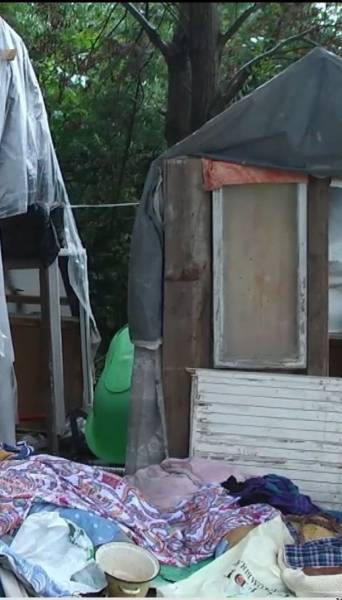 We will remind, on April 21 members of the nationalist organization C14 was dismantled and burned Roma camp on the Bald hill in Kiev. Activist C14 Sergey said that the Roma left Bald mountain “after convincing legal arguments.”

April 25, police reported the discovery of two criminal proceedings on the fact of dispersal of the Roma camp. The production opened under two articles of the Criminal code of Ukraine – “violation of equality of citizens depending on their racial, national belonging or attitude to religion” and “hooliganism”.

The basis for opening of criminal proceedings was the video acceleration of the Roma, which on April 25 appeared on the Internet. The footage shows how Roma parents with children running, young people in masks and without. Thugs throw stones at the Roma and picaut gas cylinders. Hear how as Roma call for help of the police.