At the checkpoint in Marinka exposed “Cossack” from “DNR”, which went for a pension 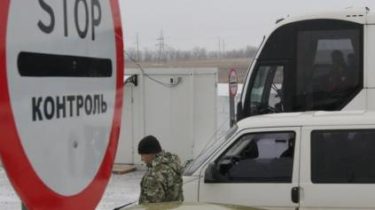 At the checkpoint in Marinka exposed “Cossack” from “DNR”, which went for a pension

The man was a member of the “Cossack Union” militants.

At a checkpoint in Marinka Donetsk region police exposed “Sergeant of Cossack Union “DNR”. About it reports a press-service of the Ministry of internal Affairs.

It is noted that the man was a member of illegal armed groups from September 2014 to may 2015. A local resident of Makeyevka with arms stood guard on one of the terrorist bases.

Confronted him, when he rode the territory controlled by Ukraine – Mirograd for retirement.

On KPVV Marinka police exposed the official “Cossack Union “DNI” Action, which from September 2014 to may 2015…

Published by the Ministry of internal Affairs of Ukraine on Thursday, July 19, 2018

We will remind, the Russian writer Zakhar Prilepin has admitted that killing people in the Donbas, when he fought on the side of the militants.