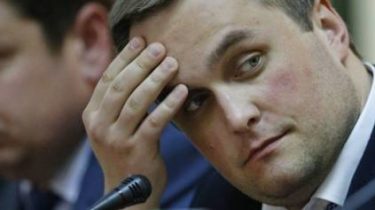 The head of the Specialized anti-corruption prosecutors Nazar Golodnitsky accused the Director of the National anti-corruption Bureau of Artem Sytnik in the pressure of the Qualification and disciplinary Commission of public prosecutors for dismissal.

This was the head of SAP said in comments to the Public.

16 Jul Sytnyk filed objections to the conclusion of a member of the Board of prosecutors, which suggests to be limited to a reprimand for Golodnitsky. The Director NABOO requires dismissal of the head of SAP for the “gross violations of the rules of prosecutorial ethics.”

“This letter is “the village of grandmother.” If the head of the NABU does not know the law, as it is possible to demand this from their subordinates. He needs to learn matchast”, — he said.

Head of SAP said that it expects the Commission’s prosecutors, who will consider his dismissal of “legitimate and fair decisions.” “Not the things Mr. Sytnik,” added Holodnitsky.

“It will mean in fact the collapse of everything”: Sytnik worried that “aquarium” scandal will end for Holodnitsky only a reprimand

The basis for opening of criminal proceedings against the head of the Specialized anti-corruption Prosecutor’s office of Nazar Holodnitsky information was received that he impedes the investigation of “Odessa case”.

Special anti-corruption Prosecutor was under suspicion of having leaked investigative information to persons involved in corruption cases and in blocking the investigation. Myself Nazar Golodnitsky does not recognize charges. According to Artem Sytnik and Yuriy Lutsenko, it smells like not just the resignation of Golodnitsky, but the prospect for him to sit in jail. 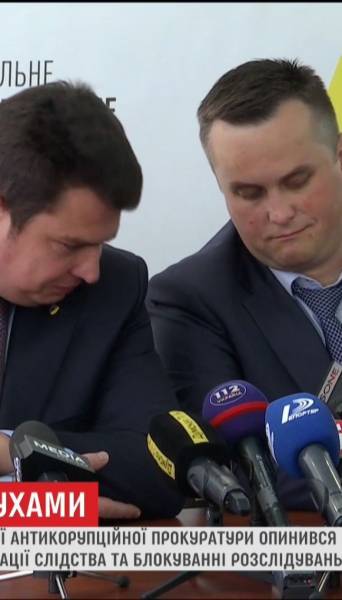