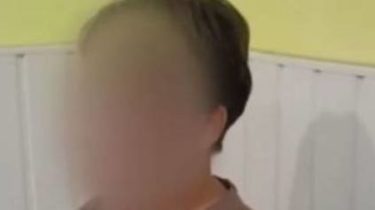 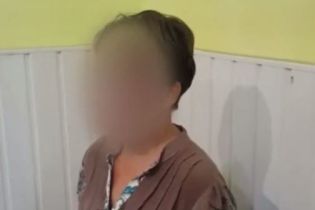 Now a former supporter of the militants cooperating with the investigation.

In July 2018 counterintelligence of SBU together with the police exposed and arrested a member of illegal armed groups “DNR”, which was a fugitive from justice on the peaceful territory of Ukraine.

“The first went to my husband, after returning from the checkpoint he told me that at the checkpoint are on duty approximately 15 people. Senior from them – the man with the Callsign “Hops”. He was dressed in military uniform and armed with a gun. He told about the idea of creating a “Russian world” and was offered to join the ranks of the so-called “militia” and to serve for the benefit of creating a “DNR”, – she told.

According to the woman, the next day they came to the checkpoint and began to perform their duties.

“My job was to conduct filtration-permit regime, the inspection of documents and vehicles among the citizens who were passing through the checkpoint, as well as other challenges associated with identifying individuals, negatively inclined to the creation of a “DPR,” said a resident of Slavyansk, adding that the money she did not pay.

As found by the security forces, after the detection of Patriotic citizens of Ukraine woman sent them to the office of “DNR”.

Subsequently, under the influence of the immoral behavior of most of the militants and the liberation of Slavyansk, the Ukrainian Armed Forces, the woman was disappointed in the ideas of “Russian world” and voluntarily left the service.

Now against the arrested criminal proceedings are opened and announced on suspicion of “the Establishment of illegal paramilitary or armed groups”. The woman is cooperating with the investigation.

Military counterintelligence of the combined forces exposed and arrested a woman-“Omelchenko”DNI” #OOS #operacao In July, 2018 employees of military counterintelligence of SBU from the joint forces, in cooperation with the Slavic Department of the National police of Ukraine exposed and detained the participant of illegal armed groups “DNR”, which was a fugitive from justice on the peaceful territory of Ukraine. Law enforcers have established that the 43-year-old resident of Slavyansk in 2014, under the influence of Pro-Russian propaganda, along with her husband voluntarily joined the “militia of new Russia” under the direction of the fighters, one of which had the Callsign “Hops”, was carried out by filtration events in Slavyansk and Kramatorsk, showed Patriotic citizens of Ukraine and dobravlje them to the commandant’s office of the DNI. Disappointed in the ideas of “Russian world”, influenced by the immoral behavior of most members of the Pro-Russian gangs and with the beginning of active actions of the Armed Forces of Ukraine to release Ukrainian cities, “opolchenka” willfully left the service. According to the materials of the military counterintelligence in respect of the specified citizen of Ukraine opened criminal proceedings and on 13 July 2018, she announced on suspicion of committing a crime, responsibility for which is provided by article 260 of the Criminal code of Ukraine – “Creation of illegal paramilitary forces or sreynich groups”. Now detained for cooperating with the investigation. Military counterintelligence of the United forces continue targeted activities aimed at exposing collaborators and members of terrorist organizations so-called “LNB/DNR” and bringing them to justice. Together we will win!

Earlier, in the Luhansk region, the Ukrainian counter-intelligence detained a Russian sniper who fought for terrorists. The fighter was detained during attempts to cross the demarcation line.