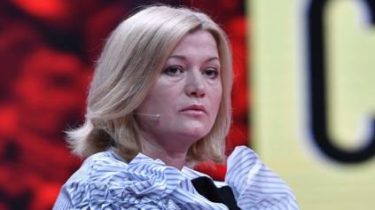 She advised Putin to hold referendums in their country, for example, on raising the retirement age.

The representative of Ukraine in the Tripartite contact group on settlement of the situation in the Donbass Irina Gerashchenko categorically excludes the possibility of uncontrolled territories of Donetsk and Lugansk regions referendums.

“No referendum at gunpoint, and placed under the schools and kindergartens in the occupied Donetsk and Lugansk Russian tanks; no referenda organized in the territories, where for 4 years the citizens of the brain washed Russian propaganda and lifeuse that scare people “fascists and junta”; no referendum organized by the puppets of the Kremlin the Kremlin in the occupied lands will not,” she said.

Gerashchenko also noted that no referendum in the Minsk agreements, but there is local, regional elections that must be held under Ukrainian legislation, under the auspices of international organizations , in particular the ODIHR and the OSCE.

According to her, will participate in the election of internally displaced persons, for “it is they, not the puppets of the Kremlin, is the voice of Donbass”.

“And the referendum Putin may organize at home, in Russia, for example, on raising the retirement age. I wonder, will gather 80 or 90 percent support?”, – also sarcastically advised Gerashchenko.

The representative of Ukraine in the Tripartite contact group recalled that the Ukrainian side has officially appealed to the us partners with a request to provide information “about any such “new ideas in respect of Ukraine, which stated in its interview with Putin, was discussed at the meeting in Helsinki, and there was said at all.”

No referendum at gunpoint, and placed under schools and kindergartens occupied Donetsk and Lugansk…

Videotron invited Putin to the US

An invitation to the Russian President, as it became known a few days ago, gave the trump adviser for security Affairs John Bolton, one of the participants in the talks with Putin Monday in the Finnish Helsinki. Meeting eye to eye and behavior of Donald trump at a press conference after her United States in a fever for 5 days. 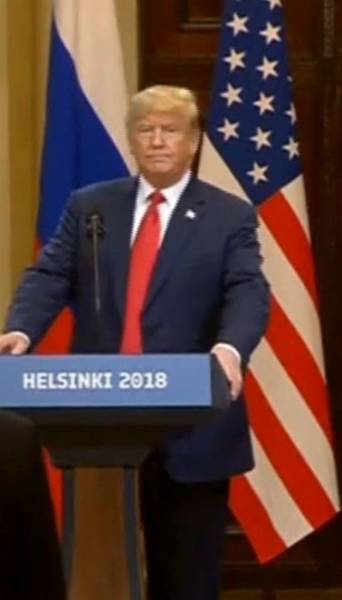